UNICEF/UN0213967/Sokol
Pictured here, Rohingya refugee children wade through flood waters surrounding their families’ shelters following an intense pre-monsoon storm in Shamlapur makeshift settlemen in Cox’s Bazar district, Bangladesh. The Human Rights Council on Thursday held an interactive dialogue with UN rights chief, Michelle Bachelet, on the root causes of violations and abuses suffered by the Rohingya mainly-Muslim minority and other minorities in Myanmar. She said the Government now has a historic opportunity to counteract systematic violations, “by bringing its people together, as one”.

Ms. Bachelet said she welcomed the engagement and constructive input of the Government of Myanmar in the compilation of the report.

She reminded Member States that for over half a century, the policies of Myanmar had discriminated against religious and ethnic minorities.

Democratic deficits, entrenched impunity, weak rule of law and the lack of civilian oversight had all contributed to human rights abuses in Myanmar, Ms. Bachelet noted, adding that women and girls were especially impacted as a result of sexual and gender-based violence. 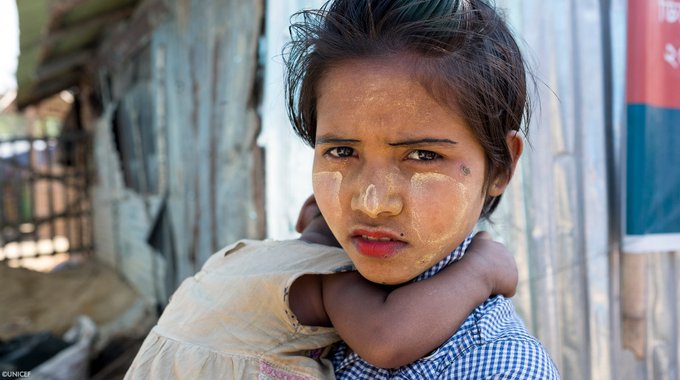 Government policies “have contributed to and perpetuated violence, extreme poverty, exploitation and dispossession. Notably, the 1982 Citizenship Law rendered stateless a significant proportion of the Rohingya and other Muslims, compounding their vulnerability”, she said.

She added that the “root causes of these violations are complex, multi-dimensional and long-standing. Unpacking and untangling this multi-faceted human rights challenge requires understanding the historical, political, economic and social dimensions as a prerequisite to identifying solutions.”

During discussions, speakers welcomed the recent provisional order of the International Court of Justice (ICJ) that called on Myanmar to take emergency measures to protect Rohingya from genocide and prevent destruction of evidence related to genocide.  Some speakers said it was clear that accountability efforts at the international level had been fostered by the absence of meaningful prospects for accountability at the domestic level.

Others acknowledged Myanmar’s own efforts to investigate violations, including through the Independent Commission of Inquiry, and to look at the causes of violence, noting that Myanmar had a historic opportunity to develop a strong minority right and non-discrimination regime that recognized, protected and fulfilled the rights of all.  They called on the international community to act constructively and provide technical assistance as a complement to Myanmar’s efforts to address the situation in Rakhine.

Ms. Bachelet said that the “recent upsurge of xenophobia and violence can also be partly attributed to the stresses and uncertainties of Myanmar’s current transition from decades of authoritarian rule”, noting that “the dramatic expansion of public access to social media has enabled extremist and ultra-nationalist movements to propagate messages inciting hatred and violence, fuelling communal tensions.

“I urge the Government to take action to address escalating prejudice and incitement against Rohingya Muslims and other minority communities”, she added.

At the beginning of the meeting, the High Commissioner presented her oral update on the work of her Office and its approach to recent human rights developments around the world.

Speaking of foreign individuals with suspected ties to extremist group ISIL, the High Commissioner noted that unless they were to be prosecuted for recognized crimes, they had to be repatriated to their countries of origin.

The meetings of the forty-third regular session of the Human Rights Council can be followed on the webcast of UN Web TV.