UNICEF/Sokhin
A 16-year-old child swims in the flooded area of Aberao village in Kiribati. The Pacific island is one of the countries worst affected by sea-level rise. The UN Human Rights Committee has determined that countries cannot deport people who have sought asylum due to climate-related threats.

The historic ruling marks the first decision by a UN human rights treaty body based on a complaint filed by an individual seeking protection from the effects of climate change. 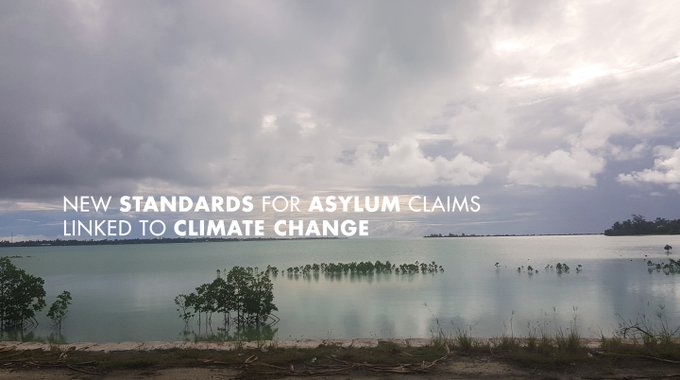 Ioane Teitota from the Pacific island nation of Kiribati lodged the complaint in 2015 after being deported from New Zealand when his asylum application was denied.

Mr. Teitota argued that his right to life had been violated, as rising sea levels and other destructive effects of climate change had made his homeland uninhabitable.

He said he was forced to migrate from the island of Tarawa, to New Zealand, due to impacts such as a lack of freshwater due to saltwater intrusion, erosion of arable land, and associated violent land disputes which had resulted in numerous fatalities.

While the UN Committee determined that Mr. Teitota’s right to life had not been violated as sufficient protection measures had been implemented in Kiribati, member Yuval Shany said: “Nevertheless, this ruling sets forth new standards that could facilitate the success of future climate change-related asylum claims.”

The Committee further clarified that people seeking asylum are not required to prove that they would face immediate harm, if deported back to their home countries.

Their rationale was that because climate-related events can occur both suddenly – such as intense storms or flooding – or over time through slow-onset processes such as sea level rise and land degradation, either situation could spur people to seek safety elsewhere.