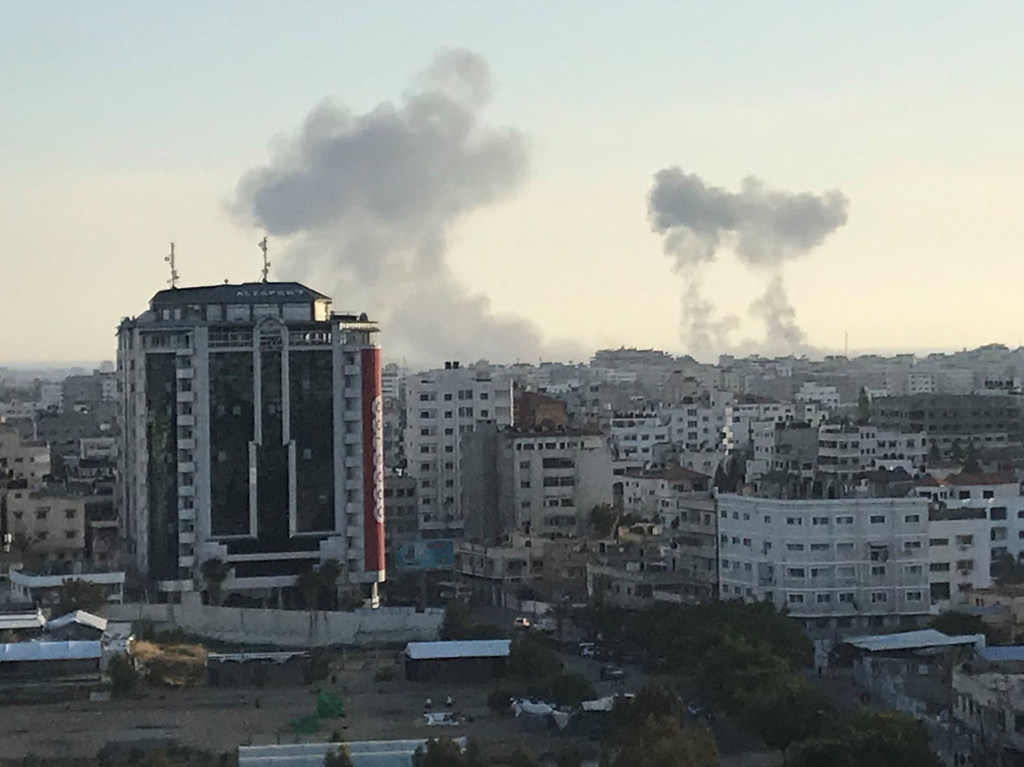 Photo: Mohamed Mahmoud Awad
Rimal neighborhood in the centre of Gaza City with smoke rising after 4 May 2019 Israeli airstrikes

The United Nations Special Coordinator for the Middle East Peace Process, Nickolay Mladenov, is “deeply concerned by yet another dangerous escalation in Gaza and the tragic loss of life”. According to news reports, approximately 200 rockets were fired on Saturday from the Occupied Palestinian Territory towards Israel, and various Israeli airstrikes and tank fire were carried out in retaliation. 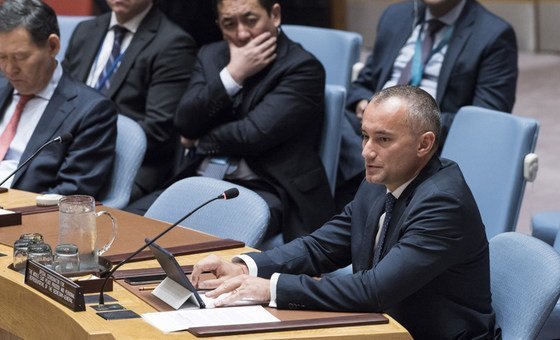 “My thoughts and prayers go out to the family and friends of all those who were killed, and I wish a speedy recovery to the injured,” said the Coordinator.

In a statement released a few hours after the escalation of violence began, he said that the UN is “working with Egypt and all sides to calm the situation” and “called on all parties to “immediately de-escalate and return to the understandings of the past few months.”

“Those who seek to destroy them will bear responsibility for a conflict that will have grave consequences for all,” he stressed, referring to a fragile Egypt-brokered and UN-backed cease fire recently agreed upon.

Mr. Mladenov added that “continuing down the current path of escalation will quickly undo what has been achieved and destroy the chances for long term solutions to the crisis. This endless cycle of violence must end, and efforts must accelerate to realize a political solution to the crisis in Gaza.”

He further stressed that “the current violence jeopardizes the significant progress made in recent weeks to relieve the suffering of people in Gaza, lift the closures, and support intra-Palestinian reconciliation.”

Against a backdrop of longstanding shortages of basic goods and services in Gaza linked to a more than decade-long air, sea and land blockade by Israel, Palestinian protests began over a year ago in the Strip. In an ongoing cycle of violence, in over a year, close to 200 Palestinians have been killed, including more than 40 children and over 1300 have been injured.