Why are midwives important? What impact have they had on mothers’ and babies’ health? As the United Nations celebrates midwives across the world on Sunday, here are five things you should know about the critical role they play in communities.

1. Midwives save millions of lives each year 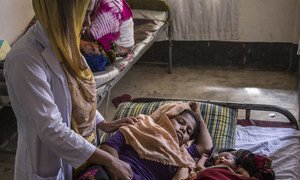 The world has seen a steady decline in maternal and newborn deaths since 1990, in large part because more women are receiving skilled midwifery care: from 67 per cent in 2010 to 79 per cent in 2017. According to the World Health Organization (WHO), quality midwifery reduces maternal and newborn mortality and stillbirth rates by over 80 per cent, and reduces pre-term labour and birth by 24 per cent.

Yet hundreds of thousands of women and newborns continue to die each year during pregnancy and childbirth. The UN estimates that 303,000 women and about 2.7 million newborn babies died in 2015 alone.  According to the UN Sexual and reproductive health agency, UNFPA, today, the maternal mortality ratio stands at 216 deaths per 100,000 live births. This is more than 800 women dying every day while giving life. Most of these deaths are preventable and the vast majority of these women lost their lives due to complications and illnesses that could have been prevented with proper ante-natal, delivery and post-natal care – services provided by midwives. 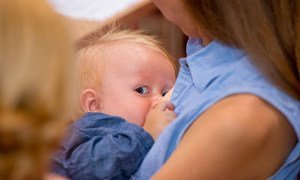 Even though the maternal and newborn death rate is declining, pregnancy and childbirth remain risky for the health of many women around the world. For every woman who dies in childbirth, an estimated 20 to 30 encounter injuries, infections or disabilities during labour. According to WHO, midwives can deliver 87 per cent of all essential sexual, reproductive, maternal and newborn health services.

One of the most serious childbirth injuries is obstetric fistula – a hole in the birth canal that can develop during a prolonged, obstructed labour. UNFPA says its impact on women is “catastrophic,” as fistula survivors often experience incontinence, chronic medical problems and social isolation. It is estimated that over 2 million women in sub-Saharan Africa, Asia, the Arab region, and Latin America and the Caribbean are living with fistula, and some 50,000 to 100,000 new cases develop every year. Yet, this condition is almost entirely preventable when women have access to timely, high-quality care.

Quality midwifery care also  improves breastfeeding rates and psycho-social outcomes, reducing the use of interventions, in particular caesarean sections. What’s more, as members of their communities, midwives are also able to provide culturally sensitive care that is more likely to have a lasting impact.

3. Midwives are critical defenders of the rights of women 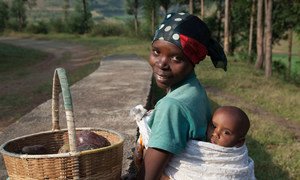 Midwives also do much to advance women’s and girls’ rights. By providing information and counselling, they can provide help with family planning; they help prevent female genital mutilation (FGM); they can offer support and assistance to survivors of gender-based violence; and they can provide reproductive health services to adolescents, who are often denied access to these services at great cost to their health and rights.

Thanks in large part to the role played by midwives, overall today, women are more likely to become mothers by choice, not chance. In the past 25 years, contraceptive prevalence increased by 25 per cent. In 1994, the birth rate among adolescents – girls aged 15 to 19 – was 65 births per 1,000 women. Today, that number is 44 births per 1,000 women.

Despite these gains, many women and adolescent girls still do not exercise full control over their own bodies and reproduction as more than 200 million women around the world want to avoid pregnancy but are not using safe and effective modern contraception. And although rates of adolescent pregnancy have fallen, they remain high in many parts of the world, particularly areas where access to contraceptives is low and rates of child marriage are high.

Watch this statement from Elizabeth Iro, WHO’s Chief Nursing Officer, who explains why midwives are key defenders of the rights of women. 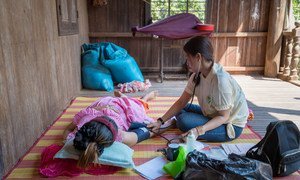 Despite all the above-mentioned progress, there is a long way to go. Midwives are in short supply in many developing countries, and they often lack the skills and supportive environment to perform their jobs well. The deficits are highest in the areas where needs are greatest.

There are many challenges to increasing the availability of midwifery services. Despite the enormous responsibilities they bear, midwives – who are overwhelmingly women – frequently endure poor pay, low status and a lack of support, according to UNFPA. The agency also notes that gender biases often play a role in the problems midwives experience.

5.    The UN is working hard to strengthen midwifery worldwide 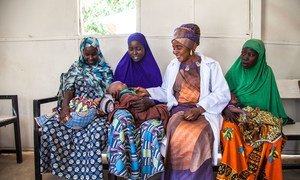 The UN advocates for the strengthening of the midwifery workforce worldwide. WHO and UNFPA offer midwifery education, trainings, and policy guidance to scale up the number of skilled midwives, especially in low-income countries and nations with the highest rates of maternal mortality.

In the past decade, UNFPA has helped train over 115,000 midwives; provided books, equipment and training materials to over 700 midwifery schools; trained over 8,500 midwifery tutors; and supported over 250 national and sub-national midwifery associations and their branches. Over 80 countries now follow a competency-based midwifery curriculum that is based on global standards.

In addition, the focus of the 2019 Global Strategy for Women’s, Children’s and Adolescents’ Health 2016-2030 is midwifery. WHO and UNFPA, along with the UN Children’s Fund (UNICEF), and the International Confederation of Midwives, will be issuing a report and action plan to strengthen quality midwifery education. It will be presented to the 194 Member States of WHO in May.