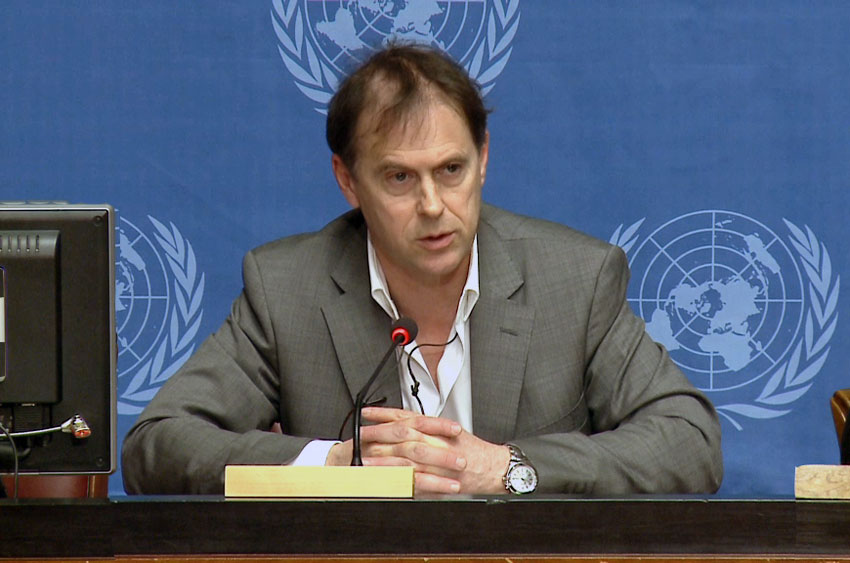 The United Nations human rights office on Friday expressed its concern over “an unfolding humanitarian emergency” at Australia’s offshore detention centre, where refugees and asylum seekers are holding out after the Australian Government’s decision to close the facility and pull out its support staff.

“We share the concerns of other UN agencies… about what is an unfolding humanitarian emergency,” said Rupert Colville, a spokesperson for the Office of the UN High Commissioner for Human Rights (OHCHR) at a press briefing in Geneva, explaining that food, water and other basic services have been cut off since the Australian Government shuttered the Regional Processing Centre on Manus Island in Papua New Guinea on 31 October.

Repeating its overall concerns about Australia’s offshore processing centres, which “are unsustainable, inhumane and contrary to its human rights obligations,” OHCHR urged Australia to transfer the 600 men to its mainland where their claims can be processed.

“We have serious concerns about the welfare, safety and well-being of the roughly 600 men who remain in the accommodation compound, who are too frightened to leave,” the spokesperson said, noting that the men have said they fear violence at the hands of locals if they leave the compound, given violent incidents in the past.

“All migrants, including refugees and asylum-seekers, are human beings. Like all of us, they have a right to a safe and secure environment, a right to an adequate standard of living and to participate in the decision-making process that is affecting their future,” Mr. Colville said.