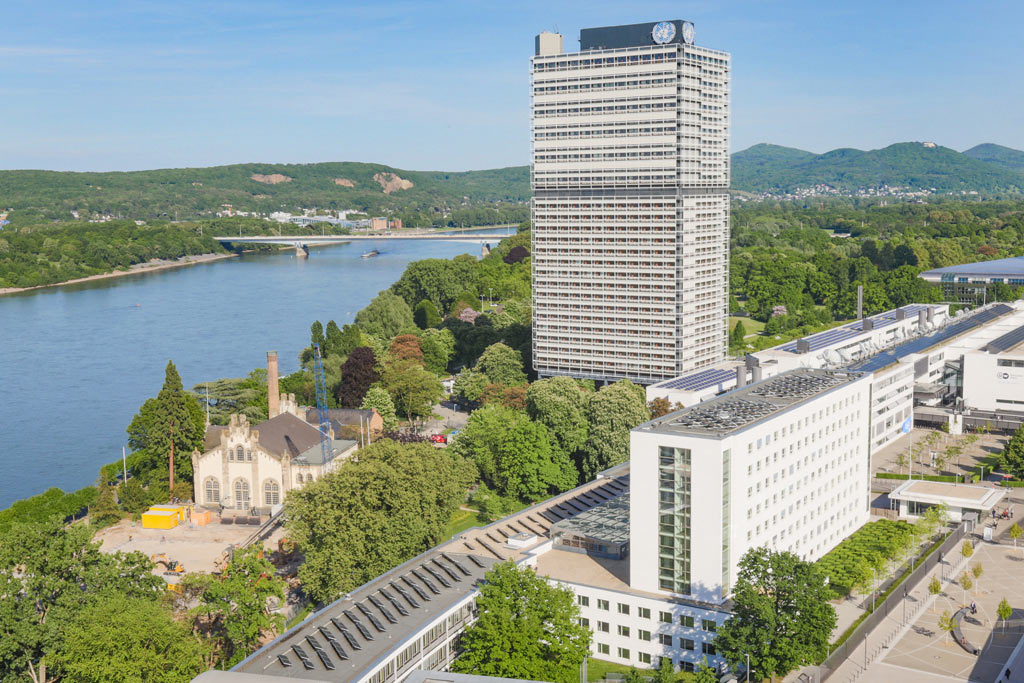 One year after the entry into force of the Paris Agreement on climate change, the Bonn Conference, which opens on 6 November in Germany, will be an opportunity for nations around the world to show their ambition for climate action and their determination to keep their promises.

“While Paris represented one of those moments where the best of humanity achieved an agreement so important to our collective futures, Bonn represents how we will move forward to fulfill its promise”, said the Executive Secretary of United Nations Framework Convention on Climate Change (UNFCCC), Patricia Espinosa, on the margins of a ministerial meeting in Fiji on 17 October 2017 to prepare for the Bonn Conference of the Convention’s States Parties.

“We are running out of time to turn things around. To do so, we must significantly increase our efforts to reduce emissions and our carbon footprints,” she added.

The Paris Agreement, which was adopted by the 196 Parties to the UNFCCC in December 2015 in the French capital after which it is named, calls on countries to combat climate change by limiting the rise of global temperature below 2 degrees Celsius and strive not to exceed 1.5 degrees Celsius.

A year ago, the Marrakech Climate Conference concluded with the Marrakech Action Proclamation, for our climate and sustainable development, in which the UNFCCC States Parties affirmed their “commitment” to the “full implementation” of the Paris Agreement. Today, 169 Parties have ratified the Agreement.

At the Bonn Conference, informally known as COP 23, countries will seek to move forward in completing the rule book for operationalizing the Paris Agreement. The Conference, which runs until 17 November, is chaired by Fiji, an island State particularly affected by the impacts of climate change.

“Never has our work been more necessary. We see this with respect to the extreme weather events affecting almost every continent throughout the world,” said Ms. Espinosa.

COP 23 President and Fiji Prime Minister Frank Bainimarama agrees. “We can no longer ignore this crisis. Whether it is fires in California, Portugal and Spain. Flooding in Nigeria, India and Bangladesh. The dramatic Arctic melt. Ice breaking off the continent of Antarctica. The recent hurricanes that devastated the Caribbean and the southern United States […] It’s hard to find any part of the world that is unaffected by these events”, he said at the ministerial meeting in Fiji.

In an op-ed published in October 2017, Ms. Espinosa, alongside the Administrator of the UN Development Programme (UNDP), Achim Steiner, and the UN Secretary-General’s Special Representative for Disaster Risk Reduction, Robert Glasser, said the Bonn Conference “provides an opportunity to not only accelerate emission reductions but also boost the serious work of ensuring that the management of climate risk is integrated into disaster risk management as a whole.”

A week before the opening of the Bonn Conference, the World Meteorological Organization (WMO) announced that the levels of carbon dioxide (C02) surged at “record-breaking speed” to new highs in 2016.

The Bonn Conference will feature a series of meetings and events, including the high-level segment, on 15 November and 16 November, attended by Heads of State and Government, Ministers, and UN Secretary-General António Guterres.

“Increasing ambition is the only way to keep the global temperature rise well below 2 degrees Celsius this century, and as close to 1.5 degree as possible. By focusing on these sectors, we can substantially reduce the gap between where we are and where we need to be,” said UN Deputy Secretary-General, Amina Mohammed, at the pre-COP meeting in Fiji.

Among the side events scheduled at COP 23, several will be organized under the Marrakech Partnership for Global Climate Action to show how cities, regions, private sector companies and investors are trying to implement the Paris Agreement in the areas of energy, water, agriculture, oceans and coastal areas, human settlements, transportation, industry, and forests.