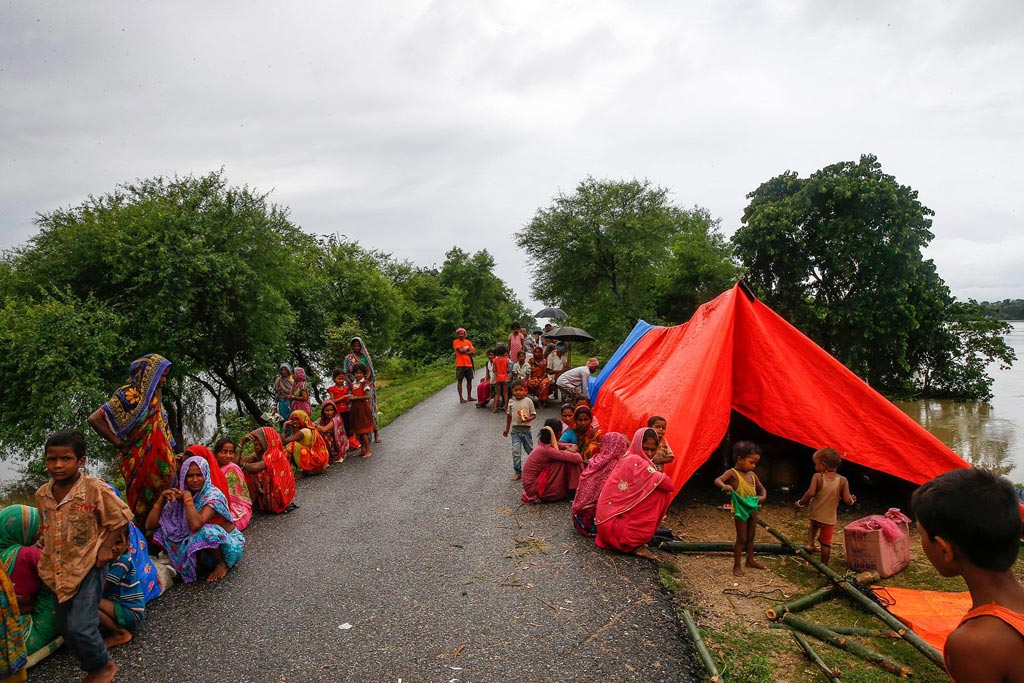 The United Nations Children’s Fund (UNICEF) said today that an estimated 16 million children are in urgent need of life-saving support in the wake of torrential monsoon rains and catastrophic flooding in Nepal, India and Bangladesh.

“Millions of children have seen their lives swept away by these devastating floods,” said Jean Gough, UNICEF Regional Director for South Asia. “Children have lost their homes, schools and even friends and loved ones. There is a danger the worst could still be to come as rains continue and flood waters move south,” she added.

UNICEF is on the ground working in close coordination with respective governments and humanitarian partners in the South Asian countries to scale up its responses and respond to immediate needs of affected children and their families.

Since mid-August, there have been at least 1,288 reported deaths, with over 45 million people estimated to be affected.

Many areas remain inaccessible due to damage to roads, bridges, railways and airports. The most urgent needs for children are clean water, hygiene supplies to prevent the spread of disease, food supplies and safe places in evacuation centres for children to play.

“Massive damage to school infrastructure and supplies also mean hundreds of thousands of children may miss weeks or months of school,” said Gough. “Getting children back into school is absolutely critical in establishing a sense of stability for children during times of crisis and provides a sense of normality when everything else is being turned upside down.”

In Bangladesh alone, more than 8 million people have been affected by flooding, including around 3 million children. An estimated 696,169 houses have been damaged or destroyed and 2,292 primary and community schools have been damaged by high water. There have already been more than 13,035 cases of water-borne diseases in the country.

In India, four states in northern India have been extensively affected by the flooding, affecting over 31 million people including 12.33 million children. Some 805,183 houses are either partially or fully damaged and 15,455 schools have been damaged, disrupting the education of nearly one million students. Further heavy rains in Mumbai resulted in at least five deaths by drowning and three people including two children died due to house collapse.