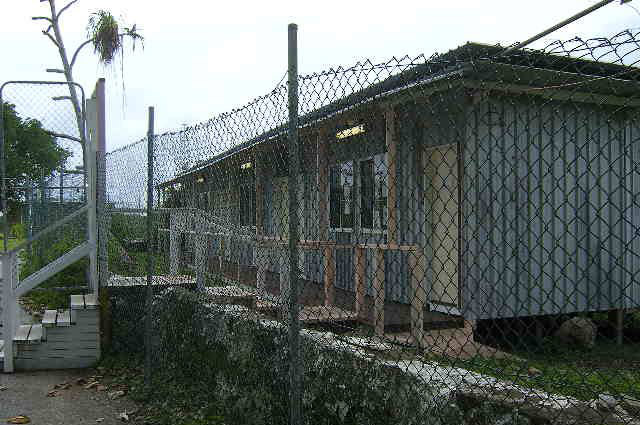 Four years on, Australia’s offshore processing has left some 2,000 people languishing in unacceptable circumstances – causing physical and psychological harm, according to the United Nations refugee agency, which today called for an immediate end to the practice.

“Australia’s policy of offshore processing in Papua New Guinea and Nauru, which denies access to asylum in Australia for refugees arriving by sea without a valid visa, has caused extensive, avoidable suffering for far too long,” UN High Commissioner for Refugees Filippo Grandi said today in a statement.

In light of the dire humanitarian situation that includes separating families, last November the High Commissioner’s Office, UNHCR, exceptionally agreed to help relocate refugees to the United States following a bilateral agreement between that country and Australia.

“We agreed to do so on the clear understanding that vulnerable refugees with close family ties in Australia would ultimately be allowed to settle there,” Mr. Grandi explained.

However, Australia recently informed UNHCR that it refuses to accept the refugees, and that they, along with those on Nauru and Papua New Guinea, were told that their only option is to remain where they are or be transferred to Cambodia or the US.

This new information bars people from receiving the support of family residing in Australia – including for those who have undergone traumatic experiences, counting sexual violence, and those with serious medical conditions.

“To avoid prolonging their ordeal, UNHCR has no other choice but to endorse the relocation of all refugees on Papua New Guinea and Nauru to the United States, even those with close family members in Australia,” said Mr. Grandi.

“There is no doubt these vulnerable people, already subject to four years of punishing conditions, should be reunited with their families in Australia. This is the humane and reasonable thing to do,” he added.

The High Commissions reminded the Australian Government that its decision to deny these people the possibility is “contrary to the fundamental principles of family unity and refugee protection, and to common decency.”

Underscoring that UNHCR fully endorses the need to save lives at sea and provide alternatives to dangerous journeys and exploitation by smugglers, Mr. Grandi underscored that the practice of offshore processing has had a hugely detrimental impact.

“There is a fundamental contradiction in saving people at sea, only to mistreat and neglect them on land,” maintained the UN refugee agency chief.

“Australia has a proud humanitarian tradition, manifested in its support for overseas aid and its longstanding refugee resettlement programme. I urge Australia to bring an immediate end to the harmful practice of offshore processing, offer solutions to its victims, for whom it retains full responsibility, and work with us on future alternatives that save lives at sea and provide protection to people in need,” stressed Mr. Grandi.

He concluded by pointing out that at a time of record global levels of displacement, “it is crucial that all States offer protection to survivors of war and persecution, and not outsource their responsibilities to others. Refugees, our fellow human beings, deserve as much.”