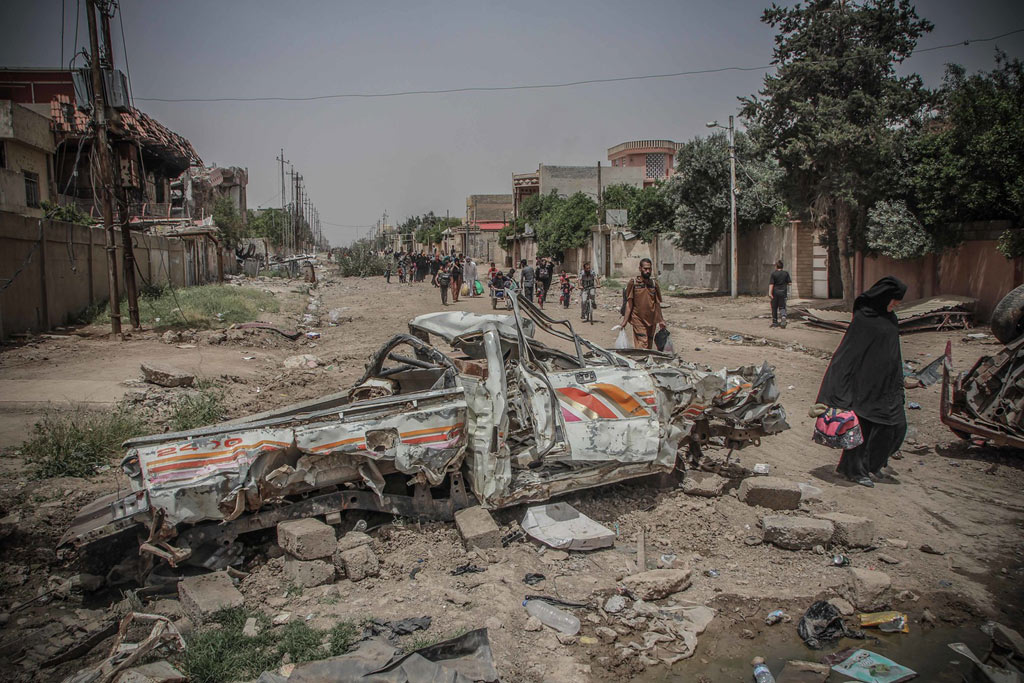 Witnessing “complete devastation” in districts of Mosul, a senior United Nations relief official visiting Iraq lauded the massive humanitarian effort under way while indicating that the crisis is “far from over,” including for millions of Iraqis displaced throughout the country.

“I commend the achievements of the humanitarian operation in Iraq and wish to highlight the impressive national response,” said Ursula Mueller, Assistant Secretary-General and Deputy Emergency Relief Coordinator in a press statement.

“One of the things that impressed me the most was the exceptional level of cooperation between national counterparts, UN agencies and front-line NGOs [non-governmental organizations],” she added.

From 24 and 26 July, Ms. Mueller met with senior officials and ministers from the Iraqi Government and the Kurdistan Regional Government, as well as members of the international and humanitarian communities.

She saw first-hand the complete devastation of districts in western Mosul’s old city. “I saw homes and entire neighbourhoods destroyed; no doubt, countless tragedies remain untold among the rubble,” she explained.

I saw homes and entire neighbourhoods destroyed; no doubt, countless tragedies remain untold among the rubble

Despite escalating needs, humanitarians adjusted their response and kept pace – with emergency sites and camps built in record time; over 18,000 people treated at trauma stabilization points near the front lines; and a quarter of a million adults and children received psychological first aid and psychosocial support.

The deputy UN relief coordinator also pointed out that beyond Mosul, sustained efforts are also needed to support the millions of Iraqis displaced across the country.

“Hundreds of thousands of people will try to return home in the coming months, and must do so in a safe, voluntary and dignified manner,” she emphasized. “Others will be unable to return home for some time due to the levels of destruction and contamination by explosive hazards in their communities.”

“Protection remains a top priority for minority groups in Iraq. The targeting of women – regardless of ethnic or religious affiliation – with rape, enslavement and other forms of violence, is a particularly disturbing feature of this crisis,” asserted Ms. Mueller.

A key take-away from the visit was that “the humanitarian crisis there is far from over.”

“Families lost loved ones, homes and livelihoods,” she continued. “I urge the international community to maintain its full commitment to supporting humanitarian assistance in Iraq, and I pledge that the United Nations will continue to stand with and support the Iraqi people.”

While Ms. Mueller thanked the international community and donors for generously providing 3.5 million highly vulnerable Iraqis with assistance so far this year, she emphasized that the $985 million funding requirement for Iraq’s 2017 humanitarian operations is not yet half met.