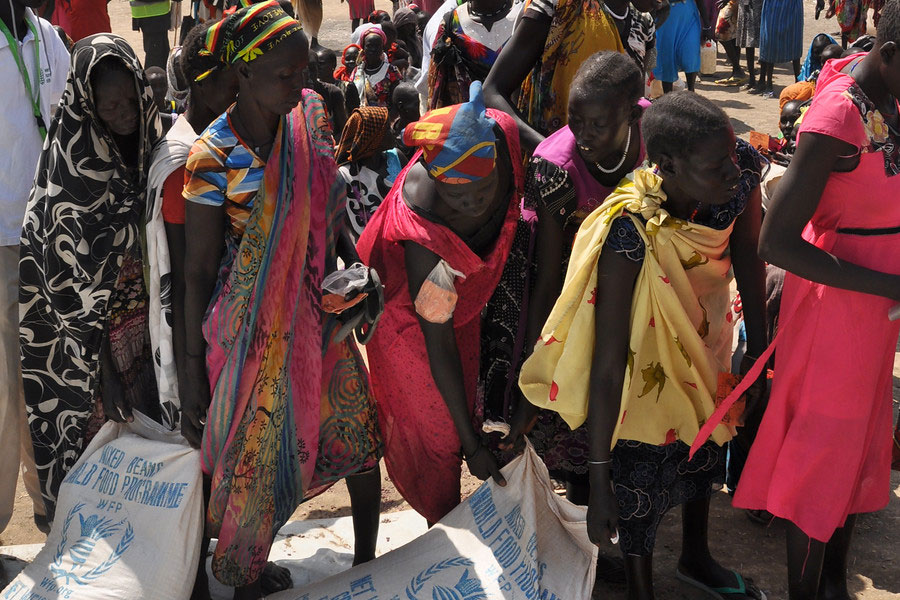 Without peace in South Sudan, millions of people will go hungry and millions of women and girls could be raped as they try to go about their daily lives, including as they search for food, a senior United Nations official today warned.

Speaking to journalists in Juba about the violence and related food insecurity facing the country, Mr. Owusu noted that 7.5 million people are in need of humanitarian aid and an estimated 3.5 million have been uprooted from their homes.

That figure includes many women and children, who have sought shelter in places such as swamps and subsisting on water lilies, to get away from fighters.

Cases of sexual assault and gender based violence increased by 64 per cent in 2016 compared to the previous year, according to a recent survey cited by Mr. Owusu.

“Against a backdrop of prevailing impunity, a major fear for women and children in this country is, sadly, the fear of being raped,” he told the press.

Violence is also a concern for humanitarian workers seeking to deliver aid, the senior UN official said, urging officials to ensure “free, safe and unhindered access to all areas of this country in order to avert the spread of famine.”

He noted “repeated” challenges to reaching people in need as a result of insecurity and access denials at the sub-national level.

In addition, at least 83 aid workers have been killed since the latest outbreak of violence in December 2013, with three contractors killed just last month.

Funding is another concern, with only about 27 per cent of the $1.6 billion appeal met so far, according to the UN Office for the Coordination of Humanitarian Affairs (OCHA).

Despite these challenges, UN and international donors have worked with the Government to deliver lifesaving aid to at least 1.6 million people, including to some 400,000 people affected by the famine in Leer and Mayendit.

Ultimately, he noted, the long-term answer to the humanitarian situation is recovery, stabilization and development.

He called for investment in livelihoods, tightly linked to peace and relative security at community levels, to build up resistance and support basic social services to the most vulnerable in society.