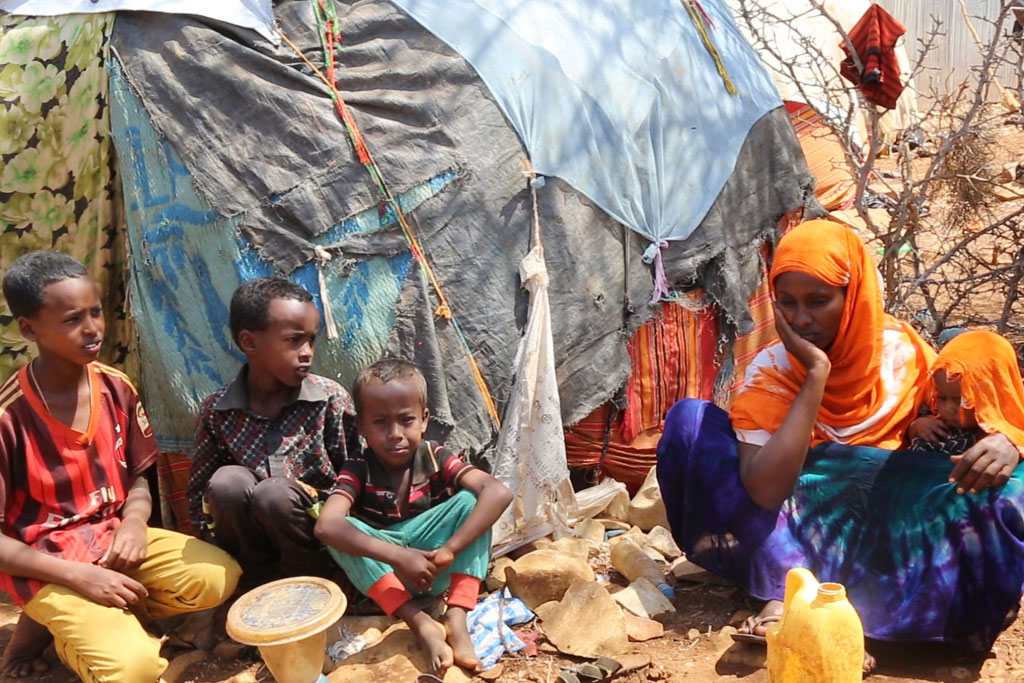 Millions of people are facing the peril of famine in Somalia and South Sudan, and the situation is expected to worsen as the drought and violence fuelling the crises widen, cautioned senior United Nations officials who have just returned from the area.

Speaking to journalists in New York, John Ging, from the UN Office for the Coordination of Humanitarian Affairs (OCHA), said that situation in Somalia was “very fast moving” with more than 6.2 million people in need of food and water, and at risk for cholera and measles.

“My overall impression of the response in Somalia is that the needs are moving very quickly, escalating, but the response is currently keeping pace with those needs. That does not mean that we should be complacent, but it does mean that we have the right team on the ground doing an outstanding job,” said Mr. Ging, who led a team that also included representatives from the UN Children’s Fund (UNICEF), the UN Population Fund (UNFPA) and the UN Development Programme (UNDP).

The visit by the so-called emergency directors’ group was meant to ensure coordination among all those involved and to mobilize all the support possible for both countries.

Donors have funded 70 per cent of the $825 million humanitarian appeal for Somalia – which is “unprecedented,” according to Mr. Ging.

The financial support follows the collective failure in 2011 to stop an earlier famine in Somalia, the senior UN official said, and is today seen as a strong message from the international community to work with the Somali Government to prevent a reoccurrence.

In addition to humanitarian aid, families are also receiving more cash-for-work as part of a project led by UNDP and partners. UNDP’s Mourad Wahba said the project is part of an effort to help families “take it into their own hands to decide how aid should be spent.”

The scale-up on the funding side in Somalia is in sharp contrast to the situation in South Sudan, where only about 27 per cent of the $1.6 billion appeal has been met.

“That really leaves our operations very vulnerable at the scale and needs that are required,” said Mr. Ging.

The scale of the needs in South Sudan is bigger – with 7.5 million people in need, roughly half of them displaced within the country and as refugees in neighbouring countries.

In addition, South Sudan is now considered one of the most dangerous places for humanitarian workers. Since the latest outbreak of violence in South Sudan, 82 aid workers have been killed – nine just in the past month.

The face of the famine, however, is a woman with her child, according to Ugochi Daniels, Chief of the Humanitarian and Fragile Contexts Branch at UNFPA.

“In both countries, we have over 200,000 pregnant women who are affected. Because of the impact of the drought, men stayed behind on the farms and to tend livestock. Women are the ones walking with children,” Ms. Daniels said, underscoring the risk for sexual violence and protection concerns.

In South Sudan, sexual violence against girls and women is particularly grave with much younger children and elderly women being attacked.

Manuel Fontaine, Director of UNICEF’s Office of Emergency Operations, noted that more than 200,000 children in Somalia already face severe malnutrition which is expected to worsen as rains dry up over the coming months.

He also expressed concern about cholera, noting an increase in cases of 700 per cent from the same period last year in the Horn of Africa nation.