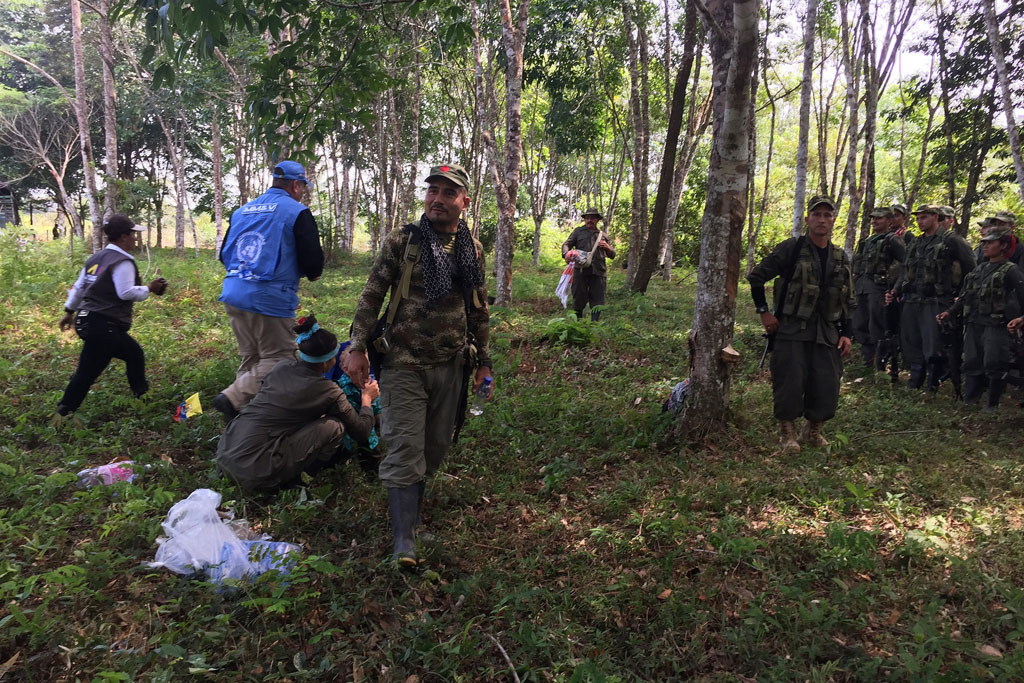 About 300 members of the Revolutionary Armed Forces of Colombia-People’s Army (FARC-EP) today arrived in central Colombia’s Agua Bonita zone, bringing the number to close to 6,900, to lay down their arms under United Nations verification, and to begin a transition to social, economic and political life, the UN Mission in the country said today.

“In the past 19 days they rode cars, buses, boats or walked some 8,700 kilometres […] across the country, accompanied by over 860 [members] of the tripartite Monitoring and Verification Mechanism (MVM),” read a news release from the UN Mission in Colombia.

“The UN Mission in Colombia and the MVM consider that the FARC-EP’s decision to move into the zones – in spite of the limited logistics in the majority of them – very positive,” he said.

“This decision considerably reduces the possibility of armed contact […] and we also hope that their presence will accelerate the construction works in these camps, creating the appropriate conditions to continue with the process that will lead to their reinsertion into the social, economic and political life,” he added.

The Chief Observer also noted that despite limited logistics, the deadline for the completion of the laying down of arms – 180 days after the Final Agreement, which came into force on 1 December – stands.

In Colombia’s capital, Bogotá, as well as at eight regional and 26 local sites, FARC-EP and Government members, along with 350 UN observers, are working together to verify the parties’ commitments towards the ceasefire and cessation of hostilities.

“We work together to implement the Final Agreement and I feel hopeful that this process will lead to a country with more social justice,” said 45-year-old Esperanza Fajardo, who jointed FARC-EP in the 1990’s, now working with Government and UN Mission counterparts.

Mayor Alejandro Cruz, from the Government, echoed: “I feel very committed to this process because I want our children and grandchildren to live in a conflict-free country.”

Mr. Cruz was twice injured in combat with the FARC-EP and bears a large scar on his chest while Ms. Fajardo joined the rebel group to escape the killings of left-wing Unión Patriotica political affiliates.

In early October 2016, Colombian voters narrowly rejected the historic peace accord between the Government and the FARC-EP. That deal led to a cessation of hostilities and agreements on key issues such as political participation, land rights, illicit drugs and victims’ rights and transitional justice. The two sides signed a new agreement in late November.