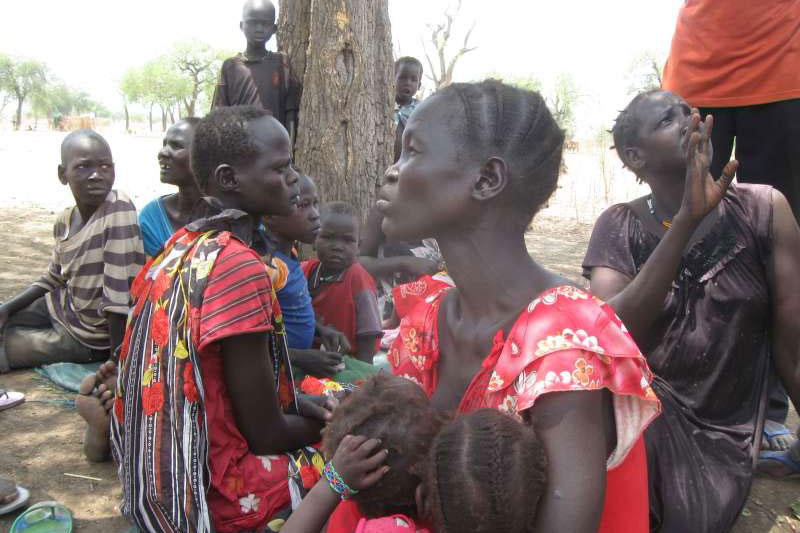 Famine has been formally declared in parts of South Sudan, the United Nations said today, warning that war and a collapsing economy have left some 100,000 people facing starvation there and a further 1 million people are classified as being on the brink of famine.

“Famine has become a tragic reality in parts of South Sudan and our worst fears have been realised,” said Serge Tissot, the Food and Agriculture Organization (FAO) Representative in South Sudan, in a news release issued jointly with the United Nations Children’s Fund (UNICEF) and the World Food Programme (WFP).

“Many families have exhausted every means they have to survive,” he stated, explaining that these people are predominantly farmers who have lost their livestock, even their farming tools.

Famine is currently affecting parts of Unity State in the northern-central part of the country. A formal famine declaration means people have already started dying of hunger.

Famine has become a tragic reality in parts of South Sudan

The situation is the worst hunger catastrophe since fighting erupted more than three years ago between rival forces – the Sudan People’s Liberation Army (SPLA) loyal to President Salva Kiir and the SPLA in Opposition backing First Vice-President Riek Machar.

The three UN agencies warned that urgent action is needed to prevent more people from dying of hunger.

VIDEO: UN agencies warn that some 100,000 people face starvation in South Sudan and a further 1 million classified as being on the brink of famine. Credit: UN News

According to the Integrated Food Security Phase Classification (IPC) update released today by the government, the three agencies and other humanitarian partners, 4.9 million people – more than 40 percent of South Sudan’s population – are in need of urgent food, agriculture and nutrition assistance.

The total number of food insecure people is expected to rise to 5.5 million at the height of the lean season in July if nothing is done to curb the severity and spread of the food crisis.

“We have also warned that there is only so much that humanitarian assistance can achieve in the absence of meaningful peace and security, both for relief workers and the crisis-affected people they serve,” said WFP Country Director Joyce Luma.