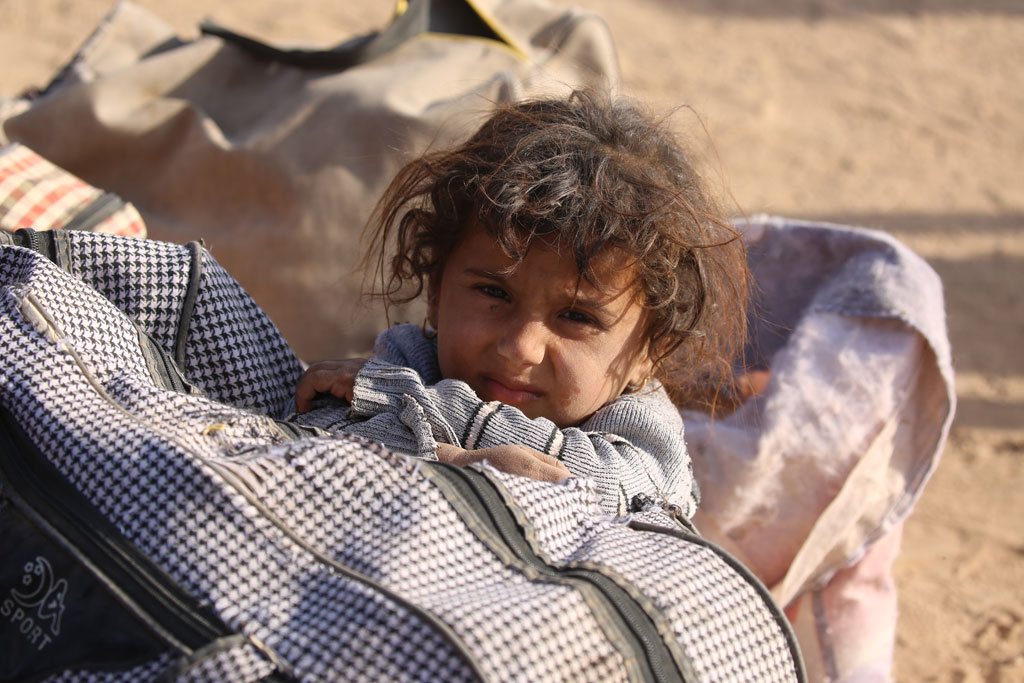 “UNICEF has entered Mosul city for the first time in over two years,” stated UNICEF Iraq Deputy Representative Hamida Ramadhani, adding that the teams, which entered the city this past Sunday, are moving quickly to provide immediate support to communities affected by the fighting.

Despite a hostile and dangerous environment, the distribution of supplies was completed in six hours.

At least 56,000 people have been displaced from in and around Mosul, including 27,000 children and families, and up to 1.5 million remain trapped inside the city, 6000,000 of the children. UNICEF has assisted over 30,000 children in re-taken communities since 17 October.

Other UN agencies, such as IOM are also carrying out relief operations in Mosul, targeting newly displaced people who have fled to more stable areas.

“We were caught in the crossfire – we fled our village on foot. We had to leave everything behind – including our livestock and cars,” said one man from a village west of Mosul, who fled with his 14-member family.

“Once we arrived in safe areas we were transported by truck to Haj Ali. The school where we are sheltering does not have enough space for all the families. The local community has provided some support, but we still urgently need more help.”

IOM Iraq’s Displacement Tracking Matrix (DTM), used by the Government and humanitarian agencies to guide the humanitarian response, currently indicates that close to 98 per cent of all those leaving Mosul are displaced within Ninewa governorate in northern Iraq, where IOM continues to add capacity in shelter and other inputs in anticipation of growing numbers of displaced families.

IOM works closely with the Government of Iraq’s Ministry of Migration and Displacement (MOMD) to identify locations and develop emergency sites for the displaced population.

IOM Iraq Chief of Mission Thomas Lothar Weiss said: “With the support of the MOMD, preparations at IOM’s emergency sites are well underway. Through IOM’s emergency response, as well as assistance for those displaced longer term, we aim to provide support to improve conditions for those who have suffered so greatly.”