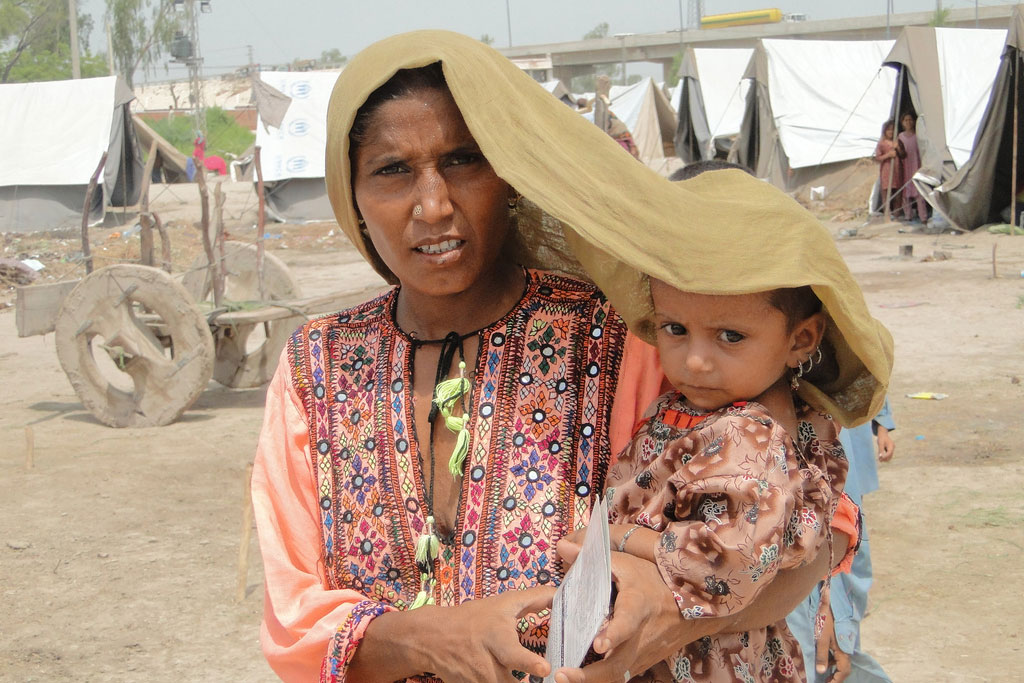 According to the United Nations weather agency, 2016 is set to be the hottest year on record with global temperatures of approximately 1.2° Celsius above pre-industrial levels, in part because of the powerful El Niño weather pattern that began late last year.

The continued trend means that 16 of the 17 hottest years on record will have been during this century (1998 is the outlier). Temperatures are not the only record-breaking indicators of climate change. Concentrations of major greenhouse gases in the atmosphere continue to increase to new limits and Arctic sea ice remains at very low levels – particularly at the beginning of this year and in October as the re-freezing period begins. This year also saw significant and unusually early melting of the Greenland ice sheet.

In a press release, World Meteorological Organization (WMO) Secretary-General Petteri Taalas warned that despite the extra heat due to El Niño no longer having an impact, global warming would continue.

According to Mr. Taalas, temperatures in parts of Arctic Russia were as much as 6° to 7°C above long-term averages; other Arctic and sub-Arctic regions throughout Russia, Alaska and northwest Canada were at least 3° above average.

“We are used to measuring temperature records in fractions of a degree,” he said.

Ocean temperatures were also above normal, which has contributed to significant coral bleaching and disruption of ecosystems, including in the Great Barrier Reef, which has seen up to 50 per cent of its coral die in certain parts. Temperatures were below-normal in the southern oceans, particularly around the Drake Passage between South America and Antarctica.

Temperatures in the Drake Passage, the waters between the southern tip of South America at Cape Horn, Chile, and the South Shetland Islands of Antarctica, were below-normal in 2016. Photo: UNEP GRID Arendal/Peter Prokosch

Mr. Taalas spoke of the WMO’s support for implementing the Paris Agreement, which “came into force in record time and with record global commitment” and is critical for responding to alarming trends across the globe. The accord was adopted last December and entered into force on 4 November of this year.

In early October, the accord cleared the final threshold of 55 countries representing 55 per cent of global emissions required for it to come into effect within one month. Its entry into force was extremely swift, particularly for an agreement that required a large number of ratifications and the two specific thresholds.

“Because of climate change,” he said, “the occurrence and impact of extreme events has risen. ‘Once-in-a-generation’ heatwaves and flooding are becoming more regular. Sea level rise has increased exposure to storm surges associated with tropical cyclones.”

Indeed, 2016 has witnessed major impacts from extreme weather events, with Hurricane Matthew this October responsible for the most casualties. There have also been typhoons and cyclones, flooding throughout Asia and Africa, major heatwaves, the most damaging wildfire in Canada’s history, and major droughts.

WMO is working to improve its monitoring of greenhouse emissions and to help countries take effective measures to reduce them.

“Better climate predictions over timescales of weeks to decades will help key sectors like agriculture, water management, health and energy plan for and adapt to the future,” explained Mr. Taalas.

“More impact-based weather forecasts and early warning systems will save lives both now and in the years ahead. There is a great need to strengthen the disaster early warning and climate service capabilities especially of developing countries. This is a powerful way to adapt to climate change,” he declared.

As part of the 22nd Conference of Parties to the UN Framework Convention on Climate Change, currently under way in Marrakech, Morocco, and known by the shorthand ‘COP 22’, WMO published a provisional statement that, for the first time, includes an assessment of the humanitarian impact of climate change, thanks in part to input from UN partners. The final statement is to be released early next year.

WMO has linked weather-related events to conclusions by the International Organisation for Migration (IMO) and the Office of the UN High Commissioner for Refugees (UNHCR), which reported 19.2 million new displacements due to weather, water, climate and geophysical hazards in 113 countries in 2015 (data for 2016 is not yet available). That number is more than twice the number of people displaced due to human-related conflict and violence.