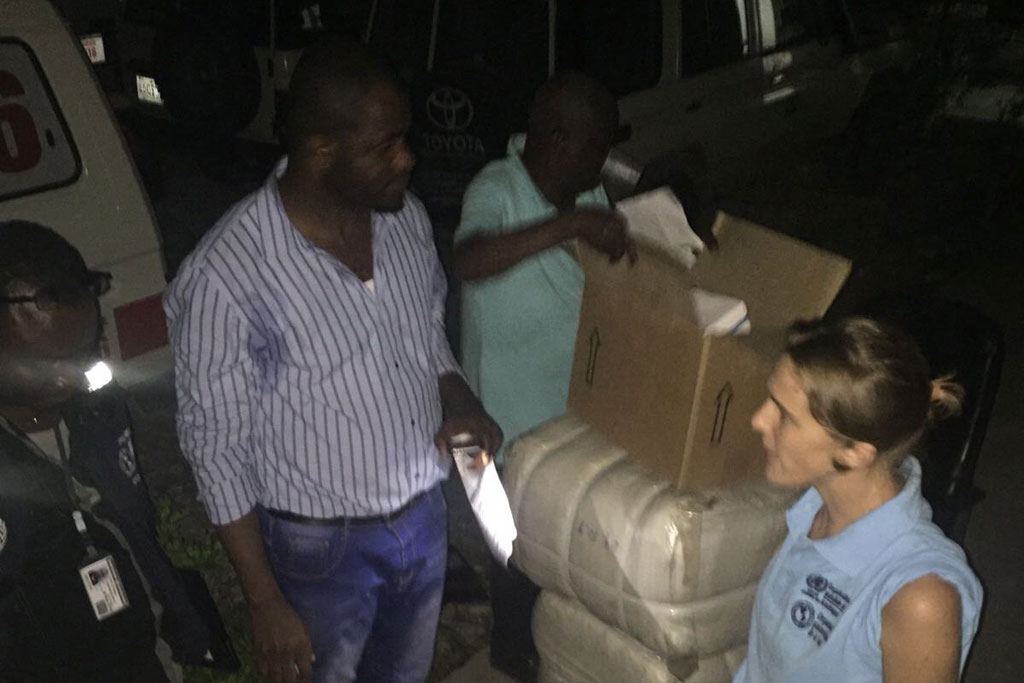 A vaccination campaign against cholera began today in the areas of Haiti hit hard by Hurricane Matthew, with support from the United Nations and other institutions.

“Today in Haiti marks the first day of a vaccination campaign against cholera in areas ravaged by Hurricane Matthew,” Stéphane Dujarric, the spokesman for the UN Secretary-General, told reporters in New York, noting that the campaign is supported by the Pan American Health Organization/World Health Organization (PAHO/WHO), the UN Children’s Fund (UNICEF) and others.

“The target population is estimated at 820,000 people over one year of age. Activities will focus on municipalities most vulnerable to cholera outbreaks in the two southern departments of Grand’Anse and Sud, where there have been significant destruction of water and other supply systems,” Mr. Dujarric said.

According to a news release from PAHO/WHO, the decision of WHO and other members of the Global Task Force for Cholera Control to approve the request of the Haitian Ministry of Health (MSPP) to bring one million doses of oral vaccine against cholera is based on the goal of reducing the burden of cholera cases on health care facilities, and of reducing deaths in the departments of the Sud and Grand’Anse.

In the release, PAHO-WHO Representative Dr. Jean-Luc Poncelet stressed the importance of the leadership of MSPP in this vaccination campaign.

Some municipalities in the southwest peninsula have reported outbreaks of cholera since the hurricane hit on October 4, “so it is important to work together and with partners to build local capacity for clinical management of cases in the cholera treatment centres,” he said.

Mr. Poncelet noted that PAHO-WHO will support the Ministry of Health in activities including development of tools and technical support as well as reception, storage and transport of the vaccines and supplies in departments, municipalities and institutions.

PAHO/WHO will also support training of vaccination staff supervisors and operators, and the coordination, collection and analysis of information, monitoring and evaluation, he added.

“The vaccine is an additional intervention which will help us to save lives, but does not replace the efforts that the Government supports in the field of water and sanitation,” emphasized Dr. Daphne Benoit, Haiti’s Minister of Public Health.

Earlier in the day, Alessandra Vellucci, the Director of the UN Information Service in Geneva, told reporters that as of 7 November, the appeal for Haiti was still only 36 per cent funded.