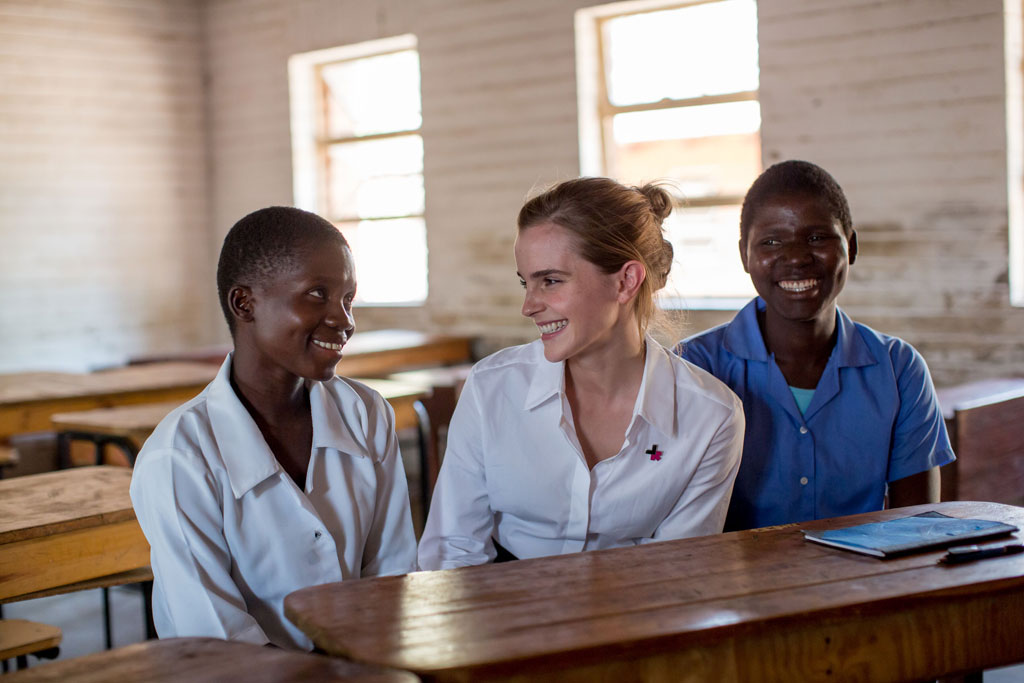 Thanks to growing implementation of a law passed last year, child marriage may soon be a relic of Malawi’s past, and on the eve of the International Day of the Girl Child, UN Women Goodwill Ambassador Emma Watson visited the country to celebrate the achievements of UN Women, the Malawian Government, local chiefs and girls who have returned to school after having their marriages annulled.

“Meeting with young girls, who like many in their country, are struggling with poverty and were pressured into early marriage, depriving them of their education in the process, made me realize just how important it is for women to be able to make their own choices, said Ms. Watson, adding: “It’s so encouraging to see how such a harmful practice can be stopped when communities work together to pass laws, and then turn those laws into reality.”

In 2015, Malawi passed the Marriage, Divorce and Family Relations Act, raising the minimum age of marriage to 18. Since then, UN Women has worked with partners and tribal chiefs to ensure that the law is implemented at a local level. Malawi’s President, Professor Arthur Peter Mutharika, who is an Impact Champion of the HeForShe Campaign, has appointed a special task force to see that the law is fully implemented within five years.

According to UN Women, Malawi has one of the highest rates of child marriage in the world: half of girls are married before the age of 18, usually because families are too poor to continue to support them. Moreover, teen pregnancies account for 20 to 30 per cent of maternal deaths, and a mere 45 per cent of girls continue their education beyond the 8th grade.

Excluding China, one-third of girls from developing countries are married before the age of 18, ending their childhood and right to education. Early marriage practices also expose girls to physical and sexual abuse as well as early pregnancies before they are emotionally or physically ready to care for a child. 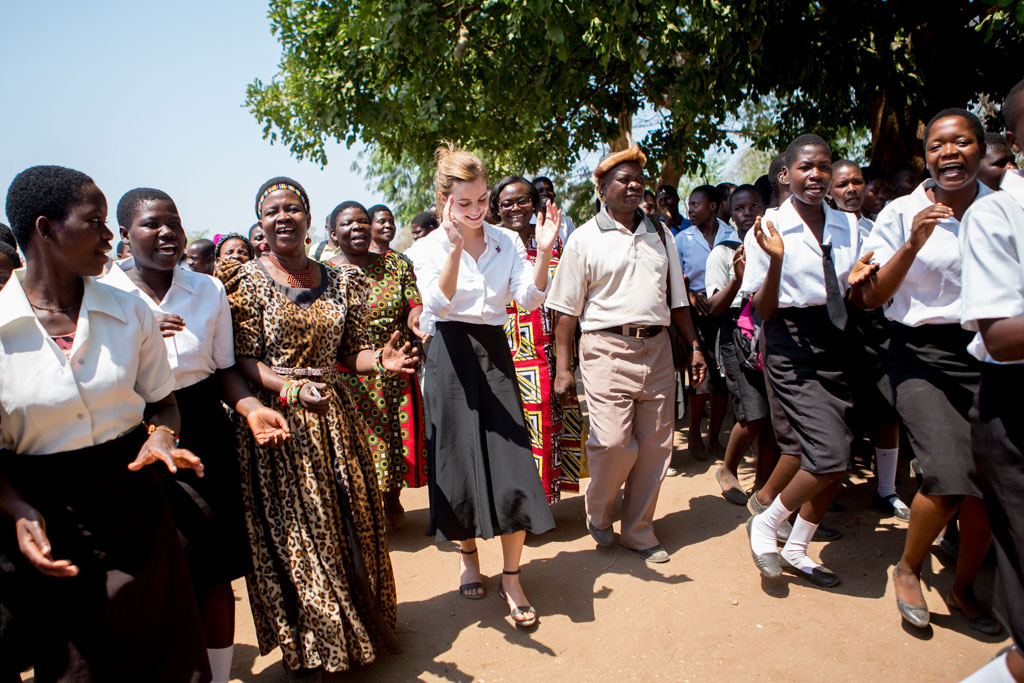 Malawi’s law is the result of 12 years of effort, including cooperation between UN Women and local community chiefs. Around the world, UN Women advocates for the adoption and implementation of laws that prohibit and prevent child marriage. It empowers girls and women to know their rights, and rallies communities to help bring an end to the practice.
Ms. Watson’s visit brings to light the work of these communities and their international partners. In Dedza, a district in Central Malawi, she met with Chief Kachindamoto, a prominent leader in the fight to end child marriage whose efforts have earned her the nickname ‘The Terminator,’ thanks to her tireless efforts.

Ms. Watson praised Chief Kachindamoto, who “has implemented the annulment of so many child marriages and restored the future of these girls. With the help and collaboration of her local chiefs, mothers’ group and religious leaders, she has managed to annul almost 1,500 child marriages, sending the girls back to school. Because of bold and brave leadership like this, things may start to change. It was amazing to be on the ground with UN Women to witness their work!”

This work is essential to achieving the Sustainable Development Goals (SDGs). As UN Country Representative Clara Anyangwe explains, “progress is not possible without investing in women and girls. They are our future and constitute half of any society’s promise and resources.” UN Women’s Planet 50-50 by 2030 calls upon governments to empower women and girls to reach their full potential by making national commitments such as the one in Malawi that Ms. Anyangwe calls “a top priority for change.”

The UN marks the International Day of the Girl Child annually on 11 October. This year’s theme is ‘Girls’ Progress = Goals’ Progress: What Counts for Girls,’ and urges stakeholders to take the opportunity provided by the 2030 Agenda and the SDGs to harness the data required to ensure programmes, policies and services effectively respond to the specific needs of girls.