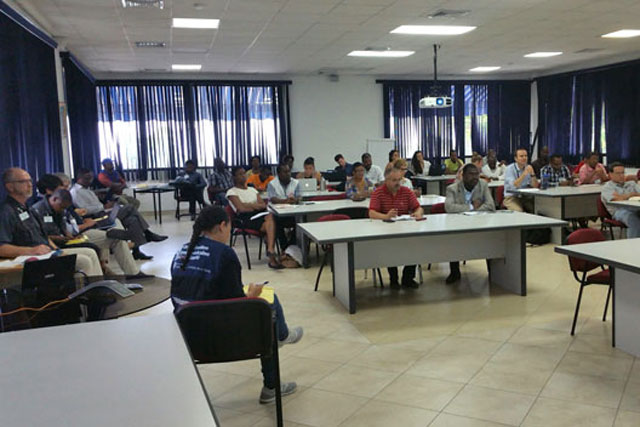 According to PAHO’s Health Emergencies Department, of Haiti’s 15 main hospitals, only nine are currently operating, and one, Les Cayes Hospital in Sud Department, has been evacuated to a functioning facility. Only five of the hospitals are reachable by phone.

The death toll has risen to at least 23, with over 10,000 people remaining in shelters. PAHO also notes that bridge collapses have made access to three departments difficult.

In the wake of massive flooding and damage to water and sanitation infrastructure, Hurricane Matthew is expected to cause a surge of cholera – including through the normal rainy season until the start of 2017 – in Haiti, which PAHO says has already seen 28,500 cases so far this year. The organization is already working closely with the Ministry of Health to identify areas of high risk. Once identified, these areas will see targeted interventions to minimize the harm.

Starting this week, PAHO is deploying field epidemiologists with cholera experience to track and control the outbreaks. The next step will be to strengthen the cholera alert and response networks that were active since 2010 until recently, with epidemiologists and field coordinators in priority areas integrated into PAHO response teams.

As for other island nations in the region, Jamaica has opened its shelters to almost 1,400 people, Cuba evacuated 900,000 people, and the Dominican Republic evacuated over 14,600 due to the storm damage, PAHO reported.

The Organization is coordinating with partners, such as Red Cross, the World Food Program (WFP), the UN Office for Coordination of Humanitarian Affairs (OCHA), and the USAID Office of Foreign Disaster Assistance, among others.