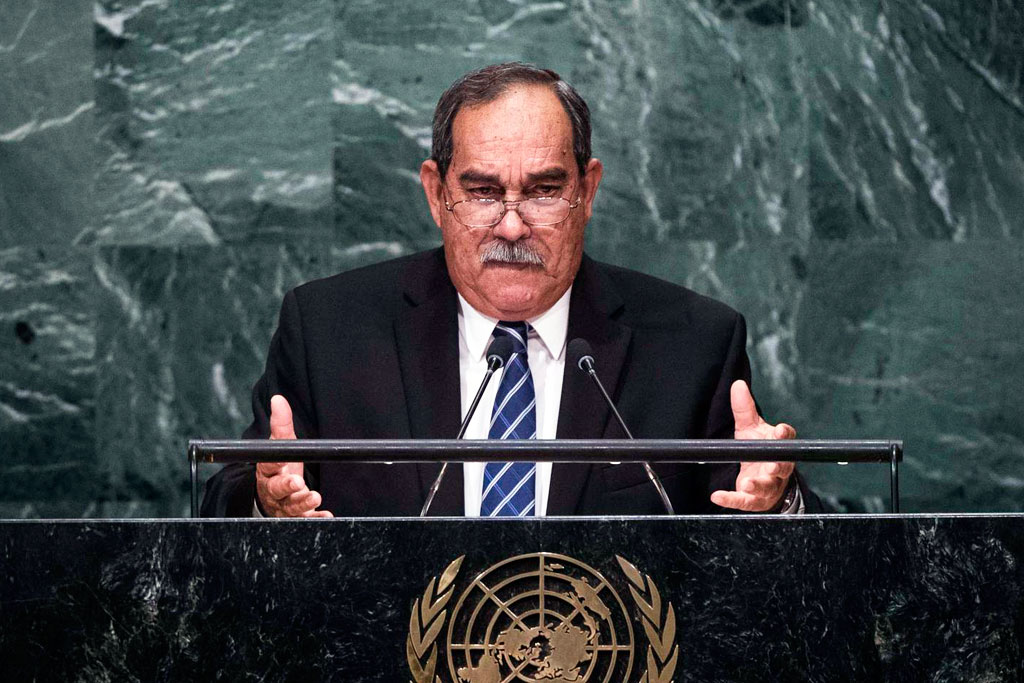 Small island Pacific States threatened with disappearing under the flood of rising oceans took the podium at the General Assembly today to warn that the United Nations remains their last best hope as climate change outpaces efforts to counter it.

“Twenty-five years ago, the small island developing States cried out for action against human-induced climate change, stressing that we literally face extinction as nations and as oceanic cultures due to surging sea level rise and related consequences,” President Peter Christian of the Federated States of Micronesia told the Assembly’s annual general debate.

“I must concede, Mr. President, that our voices have not been entirely unheard. We stand today, at last, many nations united to confront this dark, glaring reality,” he said, in a reference to last December’s global accord in Paris to reduce global warming emissions, appealing for greater mitigation efforts and financing.

“However, even in the relatively short span of 25 years the relentless advance of climate change has outdistanced the pace of our effort to deal with it, so that today, while all countries must count themselves as vulnerable, the small island developing States are dealing with an already clear and present danger, the result of adverse climate change impacts.”

Mr. Christian turned to other issues, both regional and global, including the Democratic People’s Republic of Korea’s “ongoing provocative actions and rhetoric, which he condemned, and the need for Russia and the United States to enforce a viable ceasefire in Syria.

But he again returned to the existential threat climate change posed for the small island states. “This United Nations remains our last best hope to galvanize the political will and the necessary commitment for our global agenda on climate change,” he stressed.

“Here, from this podium and elsewhere, leaders from small island developing States, like many others, have called upon those Member States of our Organization, and especially those in position of world leadership to step up and take charge in raising the urgency of greater mitigation and finance ambition to implement agreements addressing climate change.”