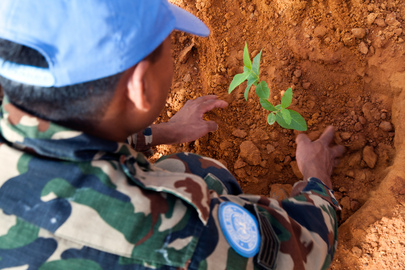 The Committee that establishes the locations that are listed as UNESCO World Heritage Sites, has today added the Old Towns of Djenné in Mali to the List of World Heritage in Danger, due to insecurity, which is affecting the area and preventing the implementation of protective measures for the site.

“The Committee expressed concern over the property, which is situated in an area affected by insecurity,” said the United Nations Educational, Scientific and Cultural Organization (UNESCO) in a statement today, referring to the latest decision by the World Heritage Committee.

“This situation is preventing safeguarding measures from addressing issues that include the deterioration of construction materials in the historic town, urbanization, and the erosion of the archaeological site,” said UNESCO

The statement also noted that Committee appealed to the international community to support Mali in efforts to ensure the protection of the site.

Inhabited since 250 B.C., the Old Towns of Djenné became a market centre and an important link in the trans-Saharan gold trade. In the 15th and 16th centuries, it was one of the centres for the propagation of Islam. Its traditional houses, of which nearly 2,000 have survived, are built on hillocks (toguere) as protection from the seasonal floods.

The site located, in the Inland Niger Delta region of central Mali, was inscribed on the World Heritage List in 1988.

The List of World Heritage in Danger is designed to inform the international community of conditions which threaten the very characteristics for which a property was inscribed on the World Heritage List, and to encourage corrective action.

The 40th session of the World Heritage Committee began on 10 July and will continue until 20 July. It is chaired by Ambassador, Director General of Cultural Affairs and Promotion Abroad of the Turkish Ministry of Foreign Affairs Lale Ülker.