At the core of peacekeeping lies the notion of shared responsibility, the UN peacekeeping chief said on Tuesday, presenting this year’s award for Female Police Officer of the Year, to a woman who “has made a career of speaking up and speaking out on behalf of all vulnerable populations”.

Major Diouf is one of over 1,400 female police officers serving under the UN flag, carrying out a complex range of tasks – from capacity-building and reform, to community-oriented policing, investigations, protection of civilians, and prevention of sexual and gender-based violence.

“That is impressive enough”, asserted Mr. Lacroix, “but they also provide the added value of gender perspectives and mainstreaming at all levels and at all phases of engagement with host-State institutions and communities”.

He cited examples in South Sudan where female officers are helping women and youth attain better living conditions within and outside camps for the internally displaced; the Democratic Republic of the Congo (DRC) where they are helping to build capacity and accountability in internal security forces; and Mali by promoting confidence-building between citizens and the reconstituted internal defence and security forces.

“Our female officers are also operating in areas affected by the Ebola virus disease, ensuring the required level of security for relief and humanitarian operations”, he maintained.

And female officers are a key element in the sensitization and delivery of training on sexual exploitation and abuse (SEA) throughout all UN Missions.

“As part of female police officers’ networks, such as the one Major Diouf leads in MONUSCO [UN Stabilization Mission in the DRC], they help prevent, counter and investigate SEA-related offences, advancing the Organization’s zero-tolerance policy”, elaborated the peacekeeping chief. He congratulated Major Diouf “for her outstanding service” to the UN Nations and Congolese people and stated that “all UN police officers in the field and at the UN Headquarters are inspired” by her example to uphold the core values of the Organization.

Mr. Lacroix also thanked her family for supporting her and making sacrifices during her long deployments. “The more women we have in peacekeeping, the more effective we all will be”, he concluded.

Top UN Police Adviser, Luis Carrilho, spoke about Major Diouf’s experience, noting that in her native Senegal she became the first female police officer to be honoured as a Gardien de la Paix, which was previously reserved for male officers.

“Since early in her career, she has shown her determination to make the extra effort, go the extra mile, to achieve her goals”, he spelled out, flagging that as the team leader of an SEA task force in Goma and president of the UNPOL Women’s Network, “she has demonstrated her commitment to giving women a voice and putting an end to SEA”.

“Her efforts have helped the mission to achieve zero SEA cases in 2018, compared to 140 cases between 2016 and 2017”, he attested, calling her “an incredible force for good in our ongoing efforts to root out SEA and ensure UN personnel at all levels perform to the highest standards”.

Motivated to do more

When Major Diouf learned that she had been selected to receive the award, she said she was proud, but also “humble to be recognized for something that has become almost second nature” to her and her life’s work.

“When I was young, I wanted to be a medical doctor but there was an urgent need to help support my family”, she told those assembled. “Being a police officer in the early years of female recruitment provided recognition and a decent salary, but it also allowed me to contribute to society in ways I had never thought possible”.

With this new accolade, Major Diouf says she now feels “motivated to do more” and will continue “to promote women’s rights, speak out against sexual and gender-based violence, and fight marginalization and discriminatory customary and religious practices targeted at women and girls”. 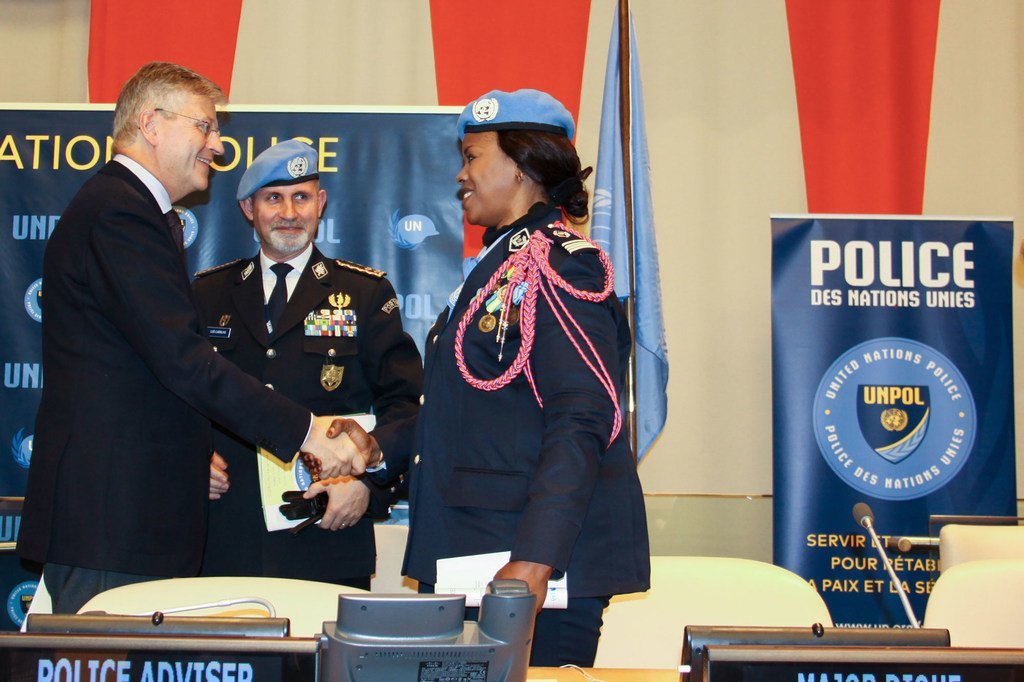