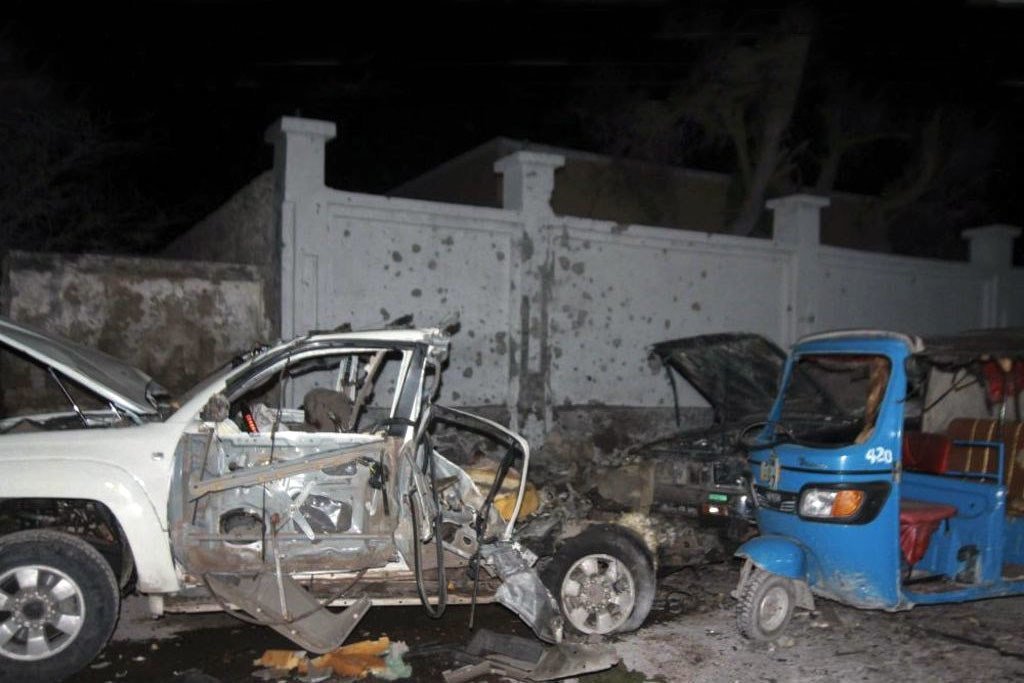 UN Somalia (file) Violent extremists have carried out bombings in the Somali capital of Mogadishu on various occasions. Shown here is the aftermath of a car bomb attack on the city’s Banadir Beach hotel on 25 August 2016.

The top United Nations official in Somalia has “strongly condemned” terrorist attacks in the north-central city of Galkayo and in the Somali capital on Monday, which left a prominent cleric and a number of other civilians dead.

Nicholas Haysom, the Special Representative of the Secretary-General for Somalia and the head of the UN mission there (UNSOM), said no legitimate political agenda can be advanced through the indiscriminate killing of innocent children, women and men.

“Today’s attacks on civilians in Mogadishu and Galkayo demonstrate the disregard of violent extremists for the sanctity of human life”, he said, adding that the UN “stands with the people and government of Somalia in their rejection of terrorism.”

The Al-Shabaab terrorist group has claimed responsibility for the early morning assault on a compound belonging to Sufi Muslim cleric Abdiweli Ali Elmi, in the southern portion of Galkayo, according to UNSOM. In early afternoon, a car bomb was detonated at a busy market in Wadajir district of Mogadishu. A suspect has been arrested by Somali security forces.

According to media reports, Mr. Ali Elmi had received death threats from the jihadist group in the past.

Though Al-Shabaab has been largely forced-out of Mogadishu and other towns and cities, it continues to remain a potent threat, launching frequent and deadly attacks in the capital and elsewhere.