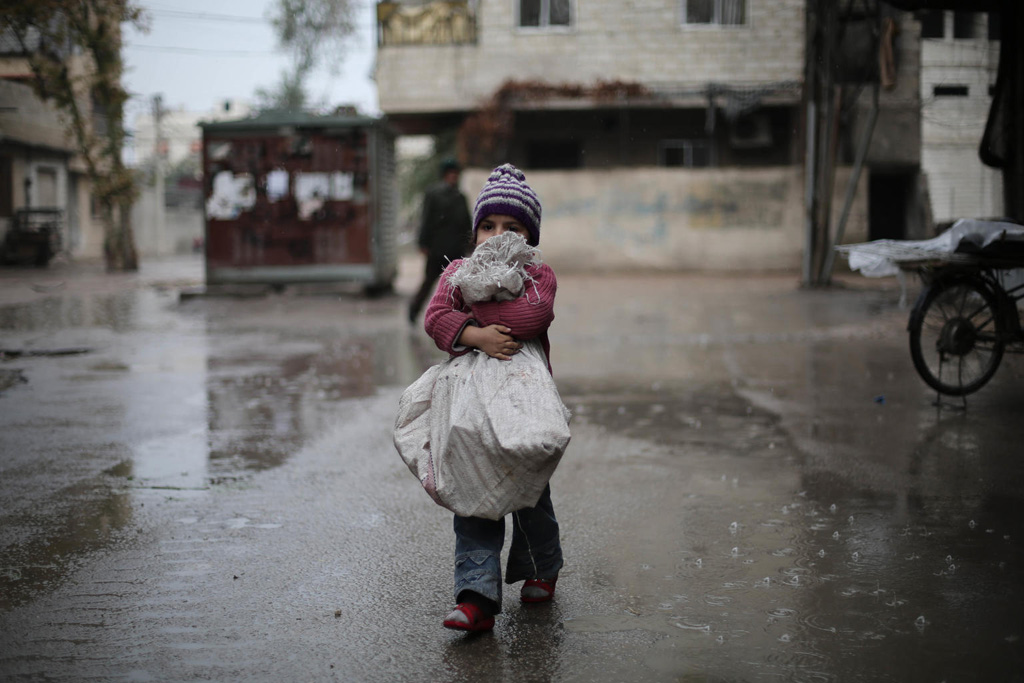 While there had been a period of de-escalation in many areas of war-riven Syria – reducing human suffering to some extent – the fighting now seems to be returning to some of the “bleakest days” of the conflict, a senior United Nations official warned Thursday.

The situation is particularly concerning in eastern Ghouta, near the capital Damascus, where some 400,000 men, women and children are living in besieged towns and villages, and extremely high prices have put food and basic supplies beyond reach. There are fears that conditions could get much worse as winter closes in and temperatures could plummet to freezing.

“[They have been through] a seven-year war, longer than the second World War,” Jan Egeland, the Special Advisor to the UN Special Envoy for Syria, told journalists after a meeting of the Humanitarian Task Force in Geneva.

“With little, if any, reserves, no heat in their houses and living amid ruin, [for them] it will be a horrific winter,” he warned.

Since September, eastern Ghouta, on the outskirts of the capital, Dmascus, has been completely cut off and the sole life-line for those still there are humanitarian convoys which, when successful in getting to the location, brings in food and medical supplies.

There are also growing numbers of acutely malnourished children, noted Mr. Egeland, calling on the parties to the conflict to allow medical evacuation urgently.

An estimated 400 patients – about three quarters of whom are women and children – need to be evacuated.

“We have confirmation that seven patients died because they were not evacuated and a list of 29 critical cases […] including 18 children, among them young Hala, Khadiga, Mounir and Bassem […] they all have a name, they all have a story, they all have to be evacuated now,” stressed the Senior Advisor.

Evacuation, is however, not the solution, he stressed, calling for the fighting and shelling to stop.

Further, the UN envoy informed that the situation is equally dire in Berm, a desolate area in south-east Syria, where as many as 55,000 civilians are in need of assistance but the last time relief was able to reach them was in June.

Also in his remarks, Mr. Egeland also said that a trilateral mechanism, initiated by Russia, and having the UN and Syria onboard, offers hope to help address problems.

“[The mechanism] had its first meetings. It still hasn’t produced the results needed, but it is our strong feeling that Russia wants us to get the access and wants to help us, so we are hopeful that this trilateral mechanism will yield results soon,” he added.