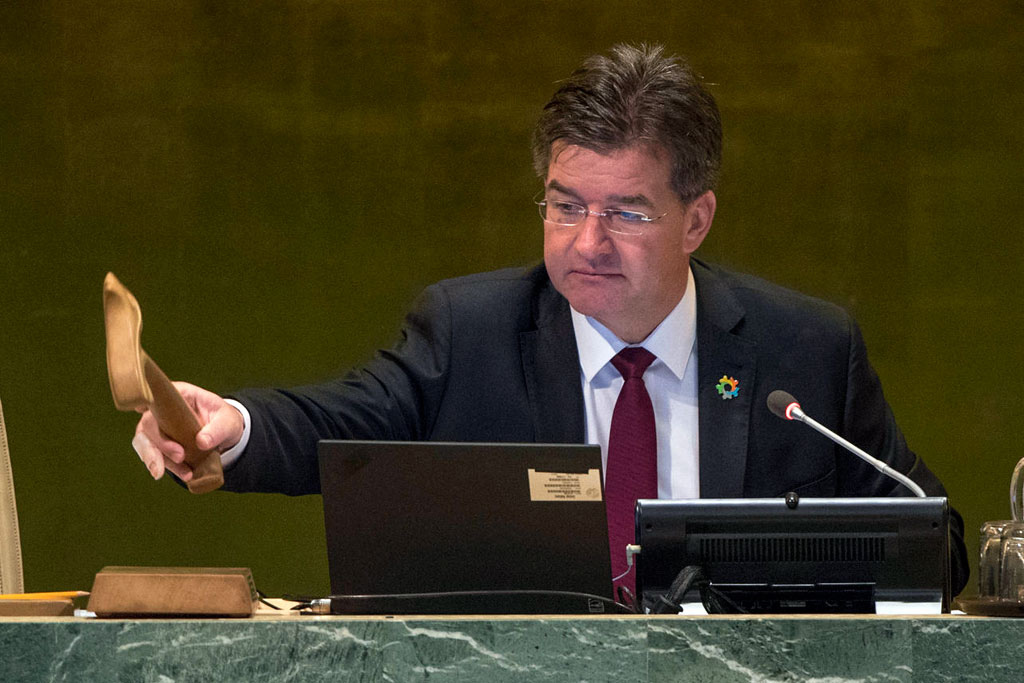 The United Nations General Assembly wrapped up its 72nd annual general debate today, with its President underscoring prevention of conflicts before they break out, support for UN peacekeeping, sustainable development, and respect for human rights and gender equality among the major priorities raised by the 196 Heads of State, Government and delegations.

“You reaffirmed your commitment to the UN. And to each other. You said we are stronger together, in a system based on dialogue and multilateralism,” President Miroslav Lajčák declared in the vaulted Assembly Hall before the golden column with the UN logo of a world globe, which served as the backdrop for all 196 speakers.

“And you stressed that any alternative would risk repeating the mistakes of history,” he added, while noting that not all the messages delivered were positive, with many criticizing other countries or the UN.

“But that is part of the package. It is your right to do this. And regardless of size, or population, or economy, all delegations have access to the same platform, for the same amount of time. They can speak freely, without censorship,” he said, summing up the main thrust of the debate whose theme was ‘Focusing on People – Striving for Peace and a Decent Life for All on a Sustainable Planet.’

“People forced to make the decision between risking their lives to stay, or risking their lives to flee. People wondering when the next hurricane will hit, or if their village will be under water in a few decades. People who are beginning to lose – or have already lost– hope in international peace processes. And people still waiting for justice and human rights to become a part of their daily reality.”

Turning to the work that lies ahead for the Assembly’s 72nd Session, Mr. Lajčák cited several milestones, including the high-level event on Sustaining Peace, in April, the adoption of Global Compacts related to Migrants and Refugees next September, and the High-level meeting on human trafficking this week.