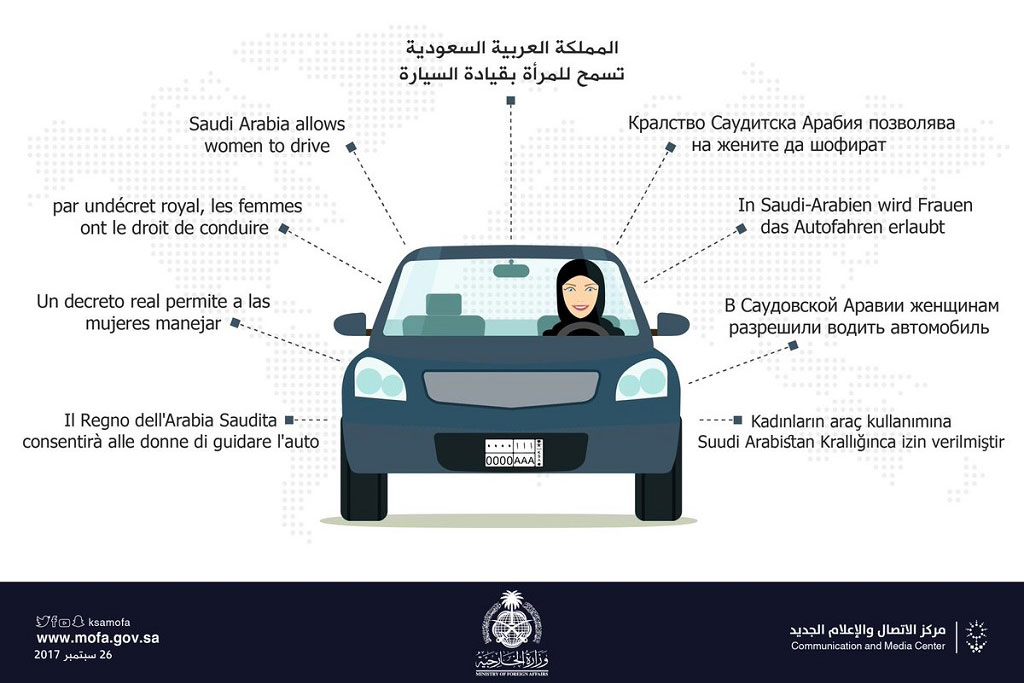 United Nations Secretary-General António Guterres has welcomed the decision by Saudi Arabia to allow women to drive cars in the country.

In a tweet, the UN chief noted that ending the restrictions represents an “important step in the right direction.”

According to reports, under the new law, women can legally obtain a driving licence without asking a male guardian for permission.

Also welcoming the announcement, the UN Entity for Gender Equality and the Empowerment of Women (UN Women) “expressed hope that the move would “start the journey” to substantive equality for women and girls in the country, with more access to public spaces and life, increased participation in the job market and a life free of violence in all spheres.

“Women being able to apply for a driver’s licence in Saudi Arabia, and subsequently drive, is a long-awaited milestone in the [country], that puts them at par with their male counterparts in this one area of public life and gives them a right to a life-saving skill that they should never have been denied,” said Phumzile Mlambo-Ngcuka, the Executive Director UN Women, in a statement today.

“The ability to move independently within their country is a vital step to the other freedoms that are their right as economic, political and social actors, and that bring benefits to all of society,” she added.