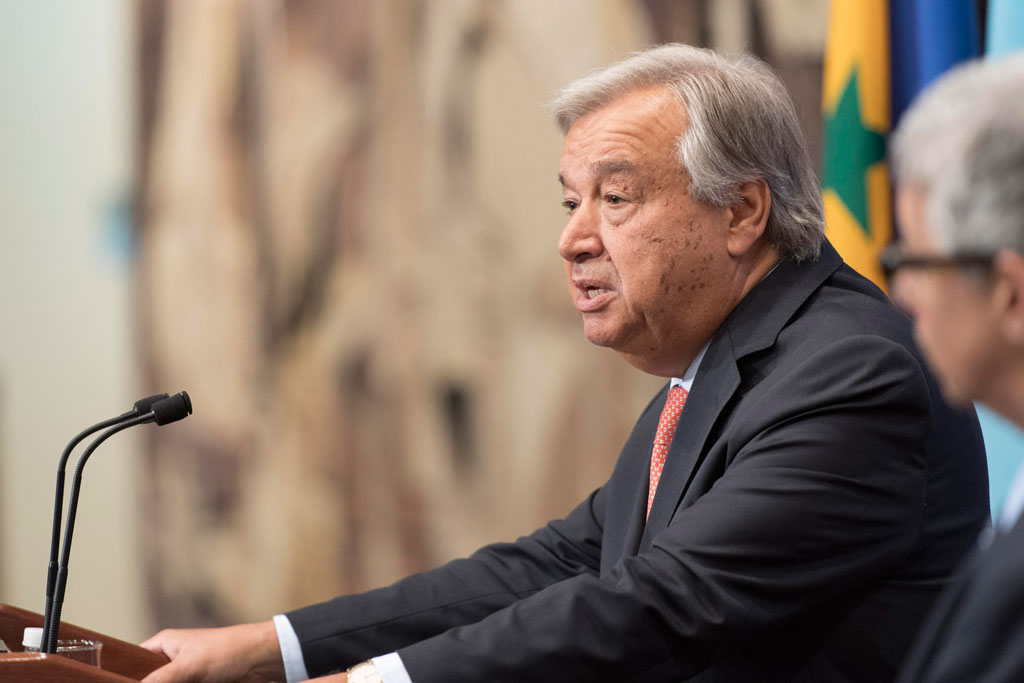 Urging people everywhere to speak out against hate speech and hate crimes, United Nations Secretary-General António Guterres today reiterated his call for tolerance, respect for the other and the importance of recognizing diversity.

“Racism, xenophobia, anti-Semitism or Islamophobia are, as I mentioned yesterday, poisoning our societies,” the Secretary-General told journalists today at a briefing at the UN Headquarters in New York.

“It is absolutely essential for us all to stand up against them everywhere and every time,” he added.

Addressing questions from a journalist about the situation in the US, where a weekend protest and counter-protest over the removal of a Civil War statue in Charlottesville, Virginia, sparked discussions about race, Mr. Guterres said “these demons are appearing a little bit everywhere.”

A Portuguese national, Mr. Guterres said that as a European, he is proud that Europe created the values of Enlightenment: tolerance, the respect for the other, and the importance of recognition of diversity.

“To be able to stand for these values and to… at the same time, to condemn all forms of irrationality that undermine those values is essential, at the present moment, be it in the United States or everywhere else in the world,” the head of the UN said.