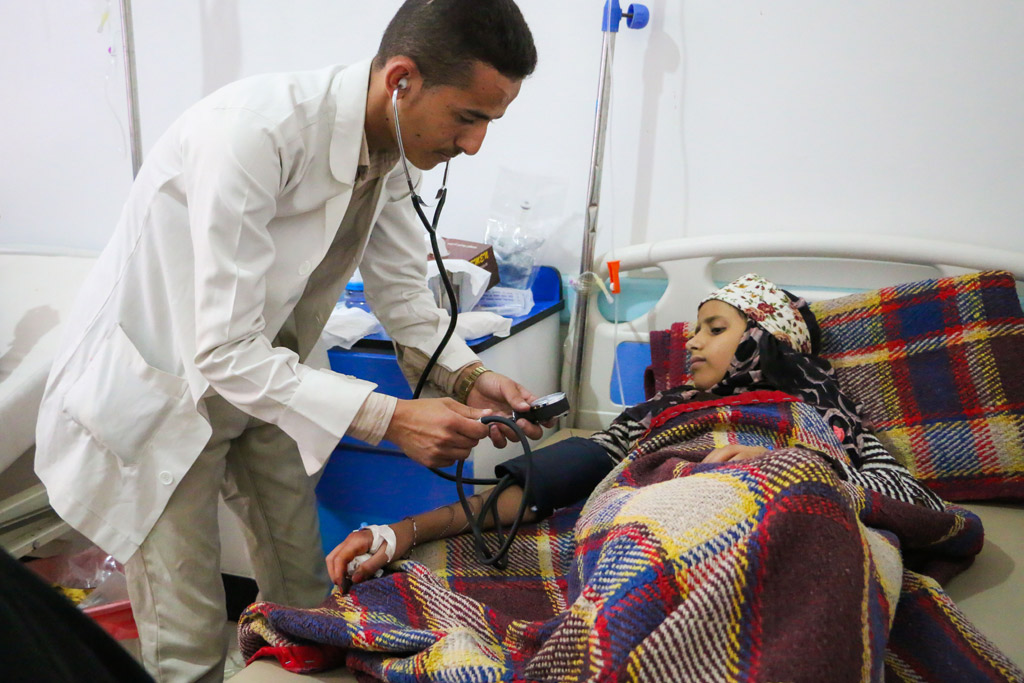 More than 500,000 people in Yemen are suspected of having cholera, the United Nations health agency today said, warning that the disease is spreading quickly due to a lack of clean water or health access.

“Yemen’s cholera epidemic, currently the largest in the world, has spread rapidly due to deteriorating hygiene and sanitation conditions and disruptions to the water supply across the country,” the UN World Health Organization (WHO) said in a statement.

Nearly 2,000 people have died since the outbreak began at the end of April, the UN agency added.

It blames a collapsing health system, a lack of clean water, and a build-up of human waste, which is not being collected in major cities.

Shortages in medicines and supplies is “persistent and widespread,” WHO said, adding that health workers have not been paid in nearly a year.

“Yemen’s health workers are operating in impossible conditions,” said Tedros Adhanom Ghebreyesus, WHO Director-General. “These doctors and nurses are the backbone of the health response – without them we can do nothing in Yemen. They must be paid their wages so that they can continue to save lives.”

In his statement, Mr. Tedros called for a political solution to the conflict in Yemen.