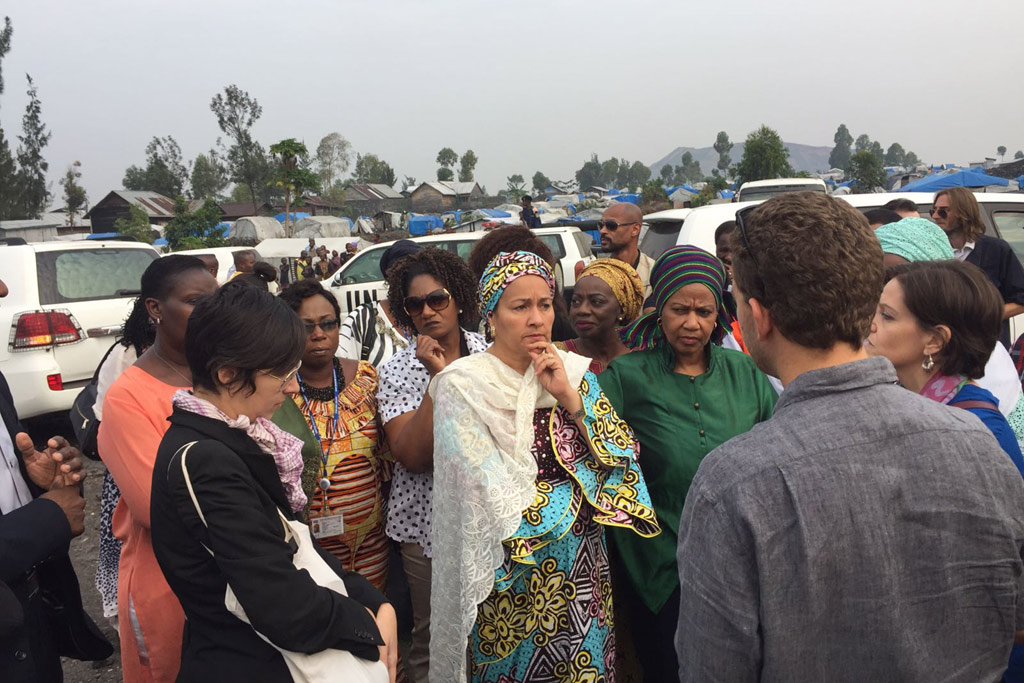 The United Nations deputy chief wrapped up her visit to two African countries – Nigeria and the Democratic Republic of the Congo – where today she stressed the importance of women’s participation in peace, security and development processes.

The final day’s itinerary for Deputy Secretary-General Amina Mohammed included a visit to the Mugunga camp for internally displaced persons, on the outskirts of Goma, which is the capital of North Kivu Province in restive eastern Democratic Republic of the Congo (DRC).

Ms. Mohammed said that she is firmly resolved to ensure that women in the camp return home in “dignity and humanity, which is “not a favour but a right,” promising to embark on an advocacy initiative to finance the better settlement of the women as they return to their places of origin.

She also commended the women at the camp for their involvement in small trade through micro-financing, which enabled them to meet the needs of their families.

Regarding the victims of sexual violence, she said: “These are our African women [and] we will take their voice out” to the international community and see what can be done to put an end to the scourge.

In the DRC, the Deputy Secretary-General also visited the women’s economic and empowerment centre and stressed that the mission was intended to “revitalize women’s participation and leadership in peace, security and development.”

VIDEO: Deputy Secretary-General Amina Mohammed calls for more resources to alleviate the suffering of people, displaced by conflict in the Democratic Republic of the Congo.

The mission was also intended to seek the support of the governor in the work of women in the provinces and to advocate for the implementation of legal texts in favour of gender equality, she said.

Ms. Mohammed began the trip on 18 July, which first took her to Nigeria. She was joined by the UN Women Executive Director Phumzile Mlambo-Ngcuka, as well as the UN Special Representative on Sexual Violence in Conflict, Pramila Patten, and the African Union Special Envoy on Women, Peace and Security, Bineta Diop.

This first-ever high-level joint AU-UN high-level trip is the first part of a two-part mission focused on women’s meaningful participation in peace, security and development. A similar mission will cover two further countries later in the year.