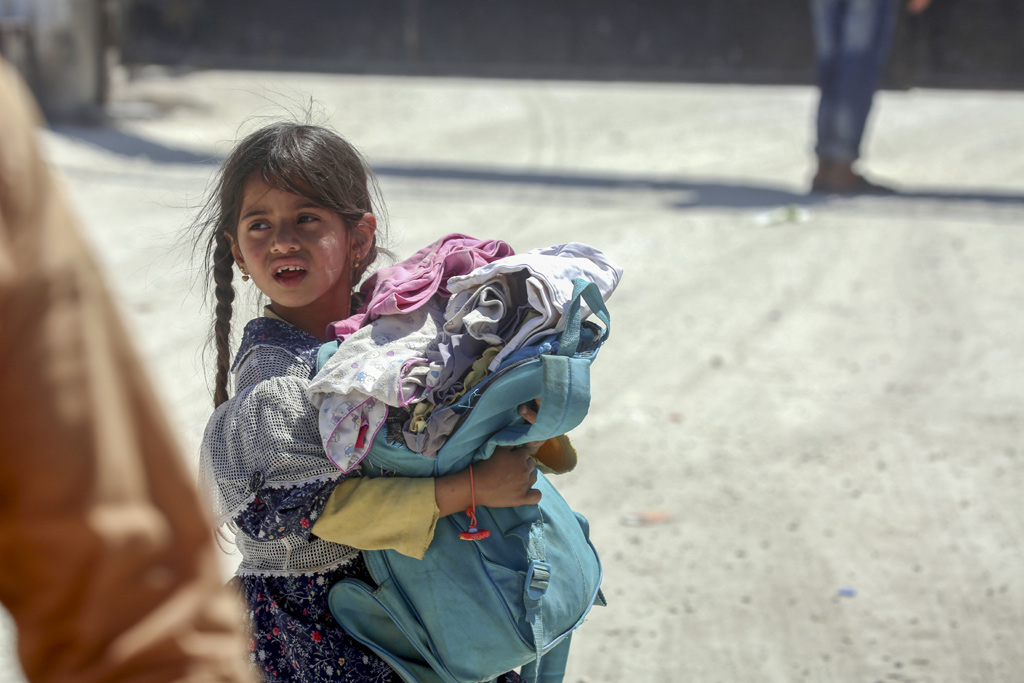 Despite the remarkable hope and strength shown by most Syrians, daily life remains dangerous for millions of people across the country, a senior United Nations aid official warned today, calling for the parties to the six year conflict to stop targeting of civilians, to allow humanitarian access, and to end the “horrific” practice of besiegement.

Briefing the UN Security Council via videoconference from Amman, Jordan, Deputy UN Emergency Relief Coordinator Ursula Mueller said that earlier in the day, she had visited the Azraq refugee camp, where around 35,000 refugees lived, many of whom had been there for several years. Most were women and children, she added.

“I was inspired by the incredible hope and strength of those who I met despite the terrible circumstances that have been forced upon them,” she said, delivering remarks on behalf of Under-Secretary-General for Humanitarian Affairs, Stephen O’Brien.

“Their message to me was clear and I pass it on to you today,” she continued. “What they want more than anything is for the guns to fall silent; the conflict to end; and for them to be able to go home when it is safe to do so.”

She went on to note that the “hope and strength found in Azraq is replicated across Syria. This is remarkable given that daily life remains dangerous and desperate for millions of people inside the country.”

Pointing to a reduction of violence in some areas since a 4 May memorandum on de-escalation, she said the humanitarian and protection situation remains extremely difficult for civilians in many parts of the country.

Indeed, Ms. Mueller spotlighted continued fighting and the situations in besieged areas of Damascus and the Syrian-Jordanian border as well as anti-ISIL (Islamic State of Iraq and the Levant/Da’esh) operations in Raqqa governorate. Infighting among non-State armed groups and designated terrorist groups, mentioning the north-western part of the country, was also a concern.

‘Not much positive news to report’ on humanitarian access

Turning to humanitarian access for besieged and hard-to-reach areas, she lamented that “there is not much positive news to report,” listing obstacles to convoys that included lack of approvals; lack of facilitation letters by the Syrian Government; other administrative delays; as well as insecurity and fighting.

“At the same time, arbitrary restrictions by some non-State armed groups, listed terrorist groups, and self-designated local authorities also continue to obstruct access in various ways, especially in Idleb and the eastern governorates of Syria. This means that, despite reductions in violence, we have not been able to noticeably increase our reach,” she explained.

Despite security and access challenges to besieged and hard-to-reach areas, Ms. Mueller underscored that in Syria, the UN continues to implement one of the largest humanitarian operations in the world, saying “humanitarians continue to reach millions on a monthly basis.”

As of May, humanitarians have collectively reached 8.5 million people in a single month, including 4.4 million women and girls, and 4.1 million men and boys with multi-sector assistance.

“The conflict in Syria may be complex, but ensuring people are protected and supported is our imperative as humanitarians, and as human beings. None of us should stand silent while civilians suffer and while fear tactics and the denial of food, water, medical supplies, and other forms of aid are used as methods of war,” stressed Ms. Mueller.