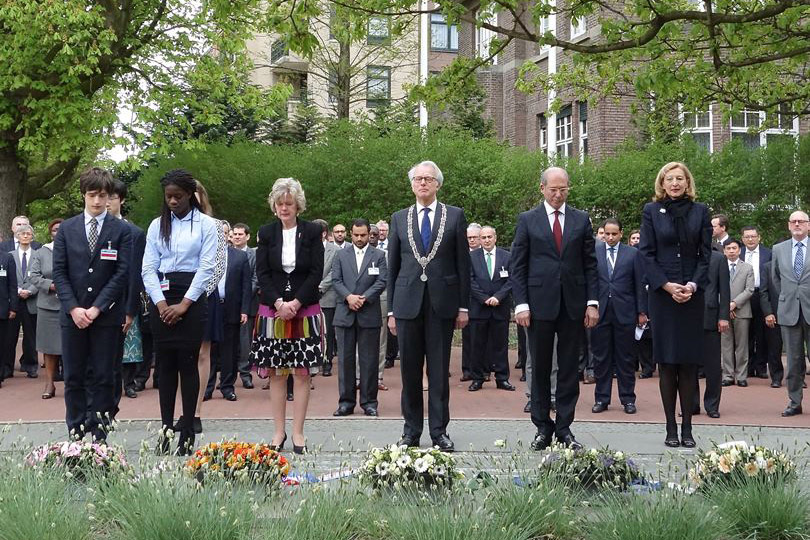 United Nations Secretary-General António Guterres warned that progress made in eliminating the world’s declared stockpiles of chemical weapons is threatened by belligerents in the Middle East.

“The recent attack in Syria was a horrific reminder of the stakes,” said Mr. Guterres in a video message to the commemorative ceremony for the 20th anniversary of the Chemical Weapons Convention and the Organization for the Prohibition of Chemical Weapons (OPCW) held in The Hague, Netherlands.

The OPCW is the implementing body of the Convention, which entered into force in 1997. As of today OPCW has 192 member States, who are working together to achieve a world free of chemical weapons.

“Nearly all countries are party to the Convention – and the Organization has helped eliminate most of the world’s declared stockpiles,” Mr. Guterres noted.

“But progress is under threat. In the Middle East, belligerents are breaking the norm against chemical weapons,” he added.

The UN chief expressed hope that all States will support the OPCW’s critical fact-finding mission, as well as its joint investigative mechanism with the United Nations.

Noting that the Convention and the implementing body celebrate two decades of success, Mr. Guterres urged: “Now, let us renew our resolve to consign these diabolical weapons to the pages of history.”

The OPCW Member States share the collective goal of preventing chemistry from ever again being used for warfare, thereby strengthening international security. To this end, the Convention contains four key provisions: