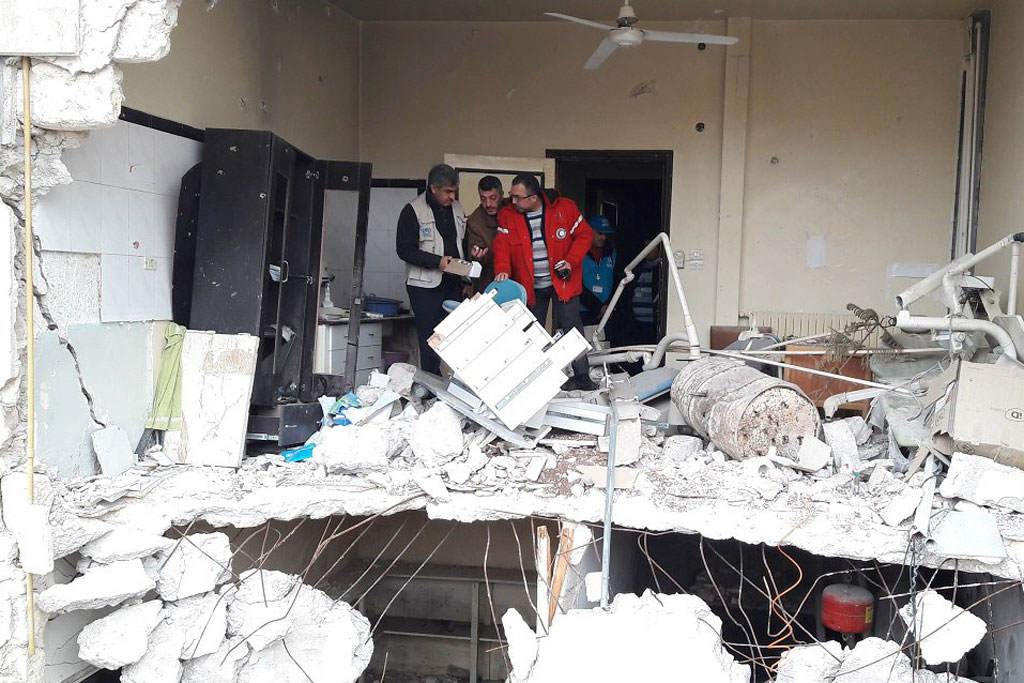 Following reports of airstrikes that damaged hospitals in northern Syria, two senior United Nations humanitarian officials called for an end to such attacks.

In a joint statement, Kevin Kennedy, Regional Humanitarian Coordinator for the Syria Crisis, said that “it is completely unacceptable that facilities and people who are trying to save lives are being bombed.”

“The persistent and unceasing attacks on hospitals and medical facilities are one of the most egregious features of this war and have taken the lives of hundreds of medical personnel and deprived people in need of their most fundamental human right- the right to life. It must stop,” he added.

Ali Al-Za’tari, the Humanitarian Coordinator for Syria, called for “the parties to the conflict to abide by their obligation under international humanitarian and human rights law to protect civilians and civilian infrastructure such as hospitals.”

The UN community is appalled by the ongoing damage and destruction of medical facilities in northern Syria depriving hundreds of thousands of people of basic health services, they said.

According to the statement, on 25 April at dawn, the Shahid Wasim Husseini hospital in Kafr Takharim city was reportedly hit by airstrikes, putting it out of service. On 22 April, airstrikes in the area of Abdin in Idleb Governorate reportedly hit an underground field hospital and reportedly killed four civilians.