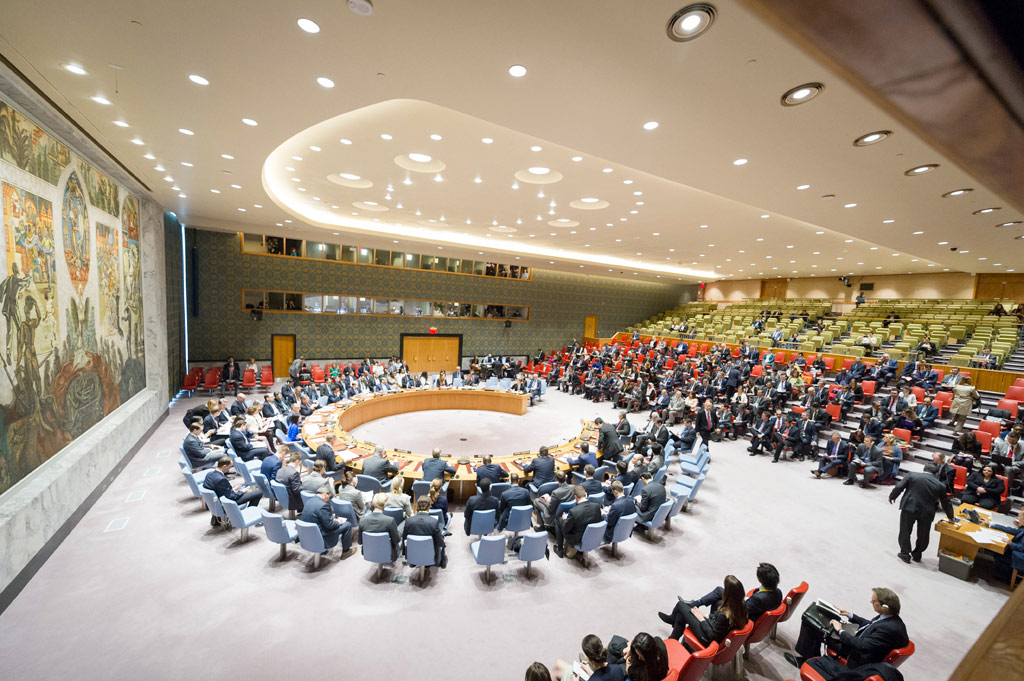 Briefing an emergency meeting of the Security Council following the reports of alleged chemical weapons use in Khan Shaykhun, southern rural Idleb, Syria, a senior United Nations official for disarmament affairs said that while many details are not yet fully known, new information continues to come in on the incident.

“[However,] if confirmed, this would constitute the single largest chemical weapons attack in Syria since the attack on eastern Ghouta in August 2013,” said Kim Won-soo, the UN High Representative for Disarmament Affairs.

“Reports have stated that the attack was carried out through an airstrike on a residential area [but] the means of delivery of the alleged attack cannot be definitively confirmed, at this stage,” he noted.

In his briefing, Mr. Kim informed the 15-member Council of reports indicating presentation of symptoms after the attack, including respiratory problems, vomiting, fainting and foaming at the mouth, and miosis (pupillary constriction).

“This was visible in videos on social media, said to have been taken at the scene of the attack,” he noted.

According to the UN World Health Organization (WHO) at least 70 people have died and hundreds more have been affected in Khan Shaykhun.

In a statement, WHO noted that: “The likelihood of exposure to a chemical attack is amplified by an apparent lack of external injuries reported in cases showing a rapid onset of similar symptoms, including acute respiratory distress as the main cause of death.”

“Some cases appear to show additional signs consistent with exposure to organophosphorus chemicals, a category of chemicals that includes nerve agents,” it added.

The statement also noted that emergency rooms and intensive care units in Idlib are overwhelmed and reporting shortages in medicines required to treat injured patients and that many patients have been referred to hospitals in southern Turkey.

SEE RELATED: ‘Clear and convincing’ evidence of chemical weapons use in Ghouta in August 2013

Also in his briefing, the UN High Representative informed the meeting on the work of the Organisation for the Prohibition of Chemical Weapons (OPCW) Fact Finding Mission (FFM) and the Joint Investigative Mechanism (JIM).

Yesterday, the UN Secretary-General as well as officials from the OPCW and the Independent International Commission of Inquiry on Syria expressed grave concern over the reports and reiterated their condemnation of any chemical weapons use.