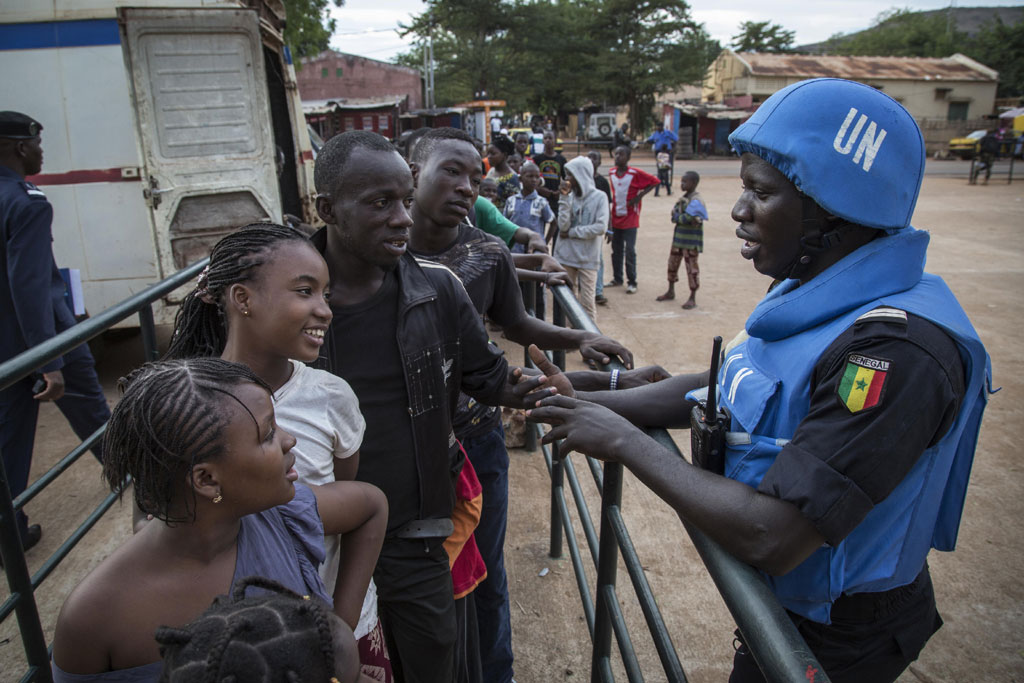 United Nations peacekeepers face a raft of challenges – terrorism, hostile host governments, floods of illicit weapons, and sometimes being deployed to places where peace itself is at stake – Secretary-General António Guterres said today, underscoring that all parts of the UN have a role to play in making sure ‘blue helmets’ can deliver on the mandates assigned to them.

“Peace operations are at a crossroads. Our task is to keep them relevant with clear and achievable mandates, and the right strategies and support,” the Secretary-General said, opening the Security Council’s peacekeeping operations review.

He underscored that UN peace operations are diverse, and their operating environments are highly complex “[and] we share a responsibility to adapt them to our changing world.”

In his remarks, he called on the 193-member General Assembly for political support and in on the troop- and police-contributing countries for professional and committed personnel. He also urged the countries that border conflict zones for their support and underlined that having the backing of the host countries themselves is vital.

“And above all, we look to the [Security] Council for unity, and for clear, achievable mandates,” added the UN chief, noting the needing for a strategy that can support the diverse range of peace missions and takes into account the “entire peace continuum: from prevention, conflict resolution and peacekeeping to peacebuilding and long-term development.”

In terms of initiatives to enhance the Organization’s peace and security architecture, Mr. Guterres highlighted that the number of troop- and police-contributing countries have been increased and modern technologies are being used to improve situational awareness and analysis.

Also, key functions have been decentralized and performance management and accountability are being strengthened. Such efforts have reduced the cost per capita of uniformed peacekeepers by 18 per cent since 2008.

In the longer term, Mr. Guterres outlined specific areas of improvement, including the need for clear, realistic and up-to-date mandates for peace operations from the Security Council; greater and more active role for women in peace operations; and stepping up troop contributions.

He said that 54 missions have completed their mandates and closed; two more will do so in the months ahead. “That is our objective for every peacekeeping mission: to do the job entrusted to it. To save lives. To prevent mass atrocities. To set the stage for stability and sustainable peace. And to close. And, from start to finish, to be cost-effective.”

EXPLAINER VIDEO: A guide on why UN peacekeeping is an investment in global peace, security and prosperity. Credit: UN News

In particular, he emphasized the need for solid and predictable funding so that missions that are backed by a Security Council resolution are supported either with assessed contributions, or by other predictable financing mechanisms.

“Today’s peacekeeping budget is less than one half of one percent of global military spending,” said the Secretary-General.

Concluding his remarks, Mr. Guterres note that peace operations were currently at a crossroads: and that they have to be kept relevant with clear and achievable mandates, and the right strategies and support.

“Success depends on our collective efforts. You can count on my full commitment,” he said, “But I also count on the unity and support of [the Security] Council, to fulfil its primary responsibility for maintaining international peace and security in this changing world.”