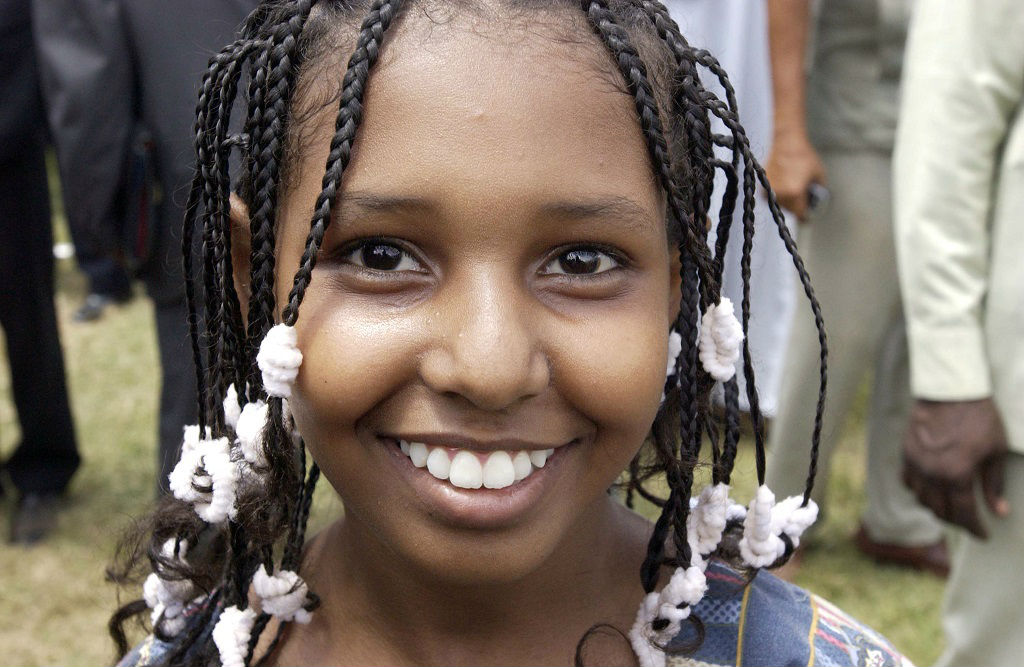 Every person – no matter how big, small or blue – can make the world more peaceful, equitable and healthy, the United Nations told young people at a special ceremony for the Sustainable Development Goals (SDGs) that included the Smurfs and a handover of the key to Smurfdom.

Voice actors from the upcoming animated movie Smurfs: The Lost Village joined 1,500 students from the international Model UN conference to celebrate the International Day of Happiness, which focuses on personal well-being, and the SDGs, which include decent work for all, education and health services.

In a special blue carpet presentation, the United States stars of the movie – Demi Lovato, who voices “Smurfette”, Joe Manganiello who is “Hefty” and Mandy Patinkin or “Papa Smurf” – honoured three young students promoting the SDGs in their communities with a symbolic key to the Smurfs Village in recognition of their work.

“On behalf of all Smurfdom, thank you for your work in awakening everything, in your community, through you social media, all over the world, in the ways that you have chosen to encourage people everywhere to make this world a better place for those who are so vulnerable in every way imaginable,” Mr. Patinkin told Karen Jerath, Sarina Divan and Noor Samee.

Ms. Jerath, who is 20 years old, invented a containment device that could prevent offshore oil spills and ensure the protection of marine life. She was joined by Ms. Divan, 17, who expanded a UN Foundation girl empowerment initiative at her high school and beyond, and Mr. Samee, also 17, a UNICEF blogger and advocate on social justice issues.

Given a giant key with the SDG multi-coloured logo by UN Under-Secretary-General for Communications and Public Information, Cristina Gallach, the students were told “the world needs you to continue.”

The “Small Smurfs Big Goals” campaign was created to encourage people to visit SmallSmurfsBigGoals.com to find out how to contribute to achieving the SDGs, and to share information, ideas and images on social media.

The stamps, which feature images of the Smurfs and the SDG logos, were presented by UN Assistant Secretary-General for Management, Stephen Cutts, and the Belgian Ambassador to the United Nations, Marc Pecsteen de Buytswerve.

The event, held at the UN General Assembly in New York, was organized by the UN, UNICEF and UN Foundation, ahead of the International Day of Happiness marked annually on 20 March.

In 2015, the UN launched 17 SDGs that seek to end poverty, reduce inequality, and protect our planet – three key aspects that lead to well-being and happiness.

Along with New York, celebrations were held around the world to mark the campaign and the SDGs.

On Monday, the film cast along with the UN, UNICEF and UN Foundation will be at the Empire State Building to turn the iconic tower blue in honour of the International Day of Happiness and the Small Smurfs Big Goals campaign.