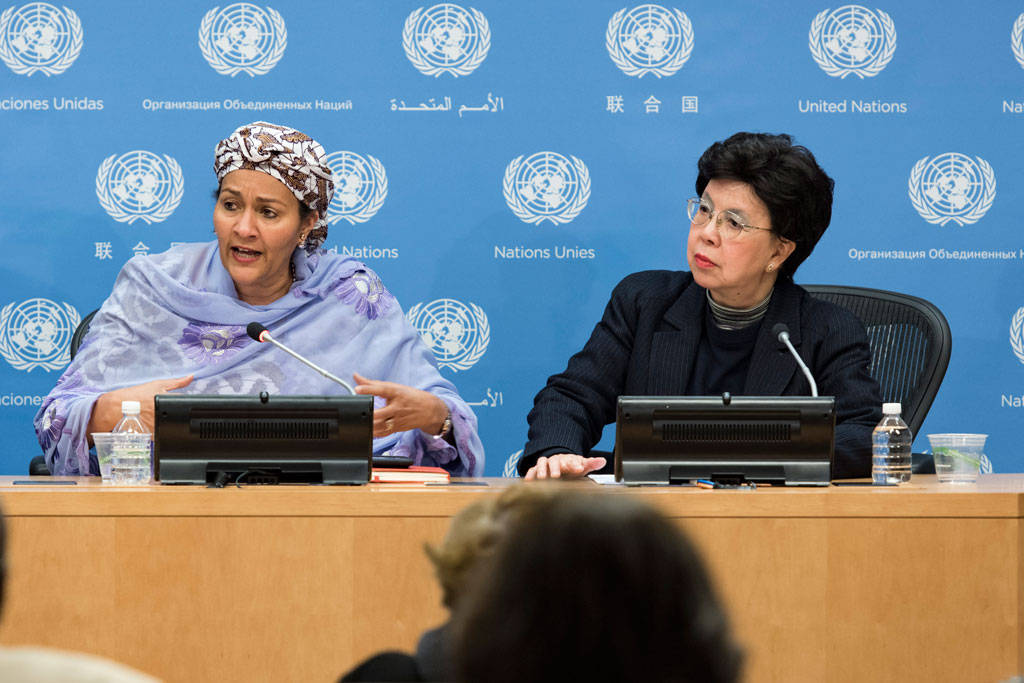 The United Nations today announced the establishment of an Interagency Coordination Group on Antimicrobial Resistance, which will be co-chaired by Deputy Secretary-General Amina Mohammed and World Health Organization (WHO) Director-General Dr. Margaret Chan.

“As we enter the era of sustainable development, I would like to emphasize that antimicrobial resistance really does pose a formidable threat to the attainment of the Sustainable Development Goals (SDGs), particularly in our developing countries,” Ms. Mohammed told reporters at UN Headquarters in New York.

As a result, says WHO, the medicines become ineffective and infections persist in the body, increasing the risk of spread to others.

Ms. Mohammed said the creation of the UN joint agency group to combat AMR and advise on the global effort, is a sign of how seriously UN Member States were taking the threat.

Last September, Member States adopted the Political Declaration of the High-Level Meeting on Antimicrobial Resistance that contained a request for the UN Secretary-General to establish such a body.

She said AMR is a “multi-sectoral problem” affecting human and animal health, agriculture, as well as the global environment and trade. Clean water, sustainable food production and poverty alleviation are but a few of the challenges it poses.

“Many UN agencies will need to engage in this fight, as will other international organizations, non-governmental organizations, civil society, and critically, the general public,” she explained, welcoming the Secretary-General’s establishment of the group, which would seek to provide practical guidance on the ways to combat AMR and to recommend how global efforts could and should be better coordinated.

WHO chief Chan said antibiotic resistance is already prolonging illness worldwide, and the political declaration was a vital commitment to help tackle the scourge globally.

She said the inter-agency group would support governments across the world, as well as advising on the “use and abuse” of antibiotics for people, and livestock.

Ms. Chan promised that the group, appointed by the Secretary-General, would “get to work right away.”

The group will be comprised of high-level representatives from relevant UN agencies, other international organizations, and individual experts across different sectors, including animal health, agriculture, and environment.It will produce a report to the Secretary-General for the UN General Assembly session starting in September 2018.