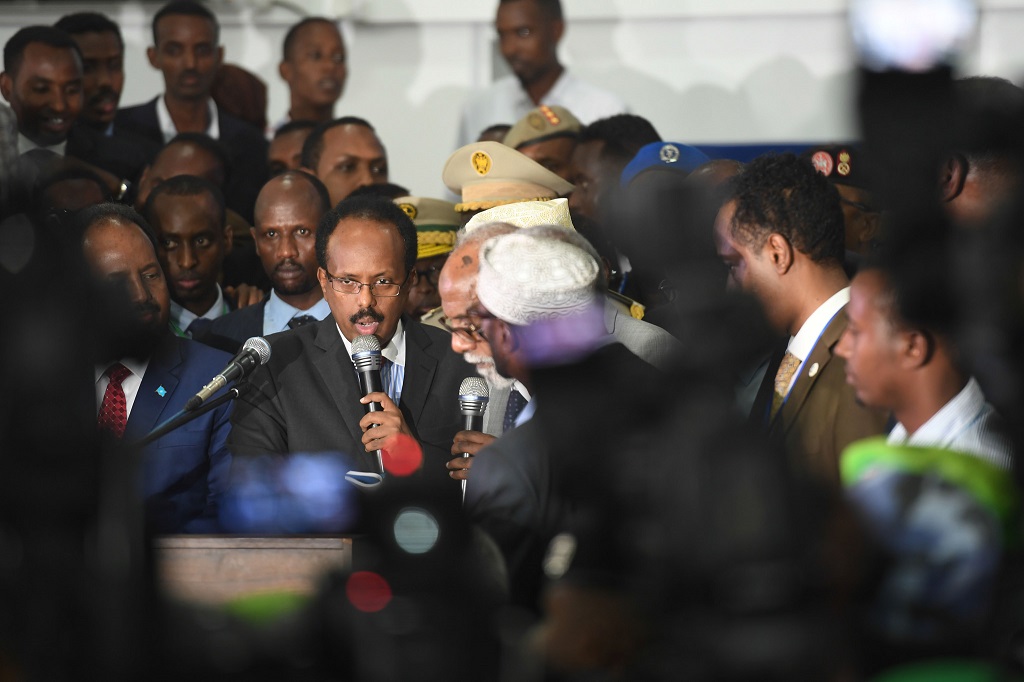 The United Nations and its international partners in Somalia today said that they were eager to partner with President Mohamed Abdullahi ‘Farmajo’, his new Government and the people of Somalia to avert another famine in the country and to assist with improving security for all Somalis.

The comments were made in a congratulatory statement on behalf of the United Nations, the African Union (AU), the European Union (EU), Inter-Governmental Authority on Development (IGAD), Ethiopia, Italy, Sweden, the United Kingdom and the United States.

“The international partners urge all political forces in Somalia to work together in support of President Farmajo and the incoming government,” the statement read.

Distributed by the UN Assistance Mission in Somalia (UNSOM), the statement also noted the need for reconciliation and the peaceful resolution of a number of local conflicts, as well as the resumption of the constitutional review process.

The Somali Parliament selected the new president yesterday in two rounds of vote. A one-person, one-vote election is expected in 2020.

The international community welcomed the election results and commended outgoing Federal President Hassan Sheikh Mohamed and his Government for their “many achievements” over the past four years.

They also thanked him for a “gracious” concession speech that facilitated a peaceful and orderly transfer of power in decades.

“Yesterday’s orderly and peaceful transfer of power is a major achievement for Somalia and should boost confidence in the country’s future both at home and abroad,” said Michael Keating, Special Representative of the Secretary-General in Somalia and head of UNSOM.

He added “Hambalyo Somalia” in Somali, which translates to “Congratulations Somalia.”