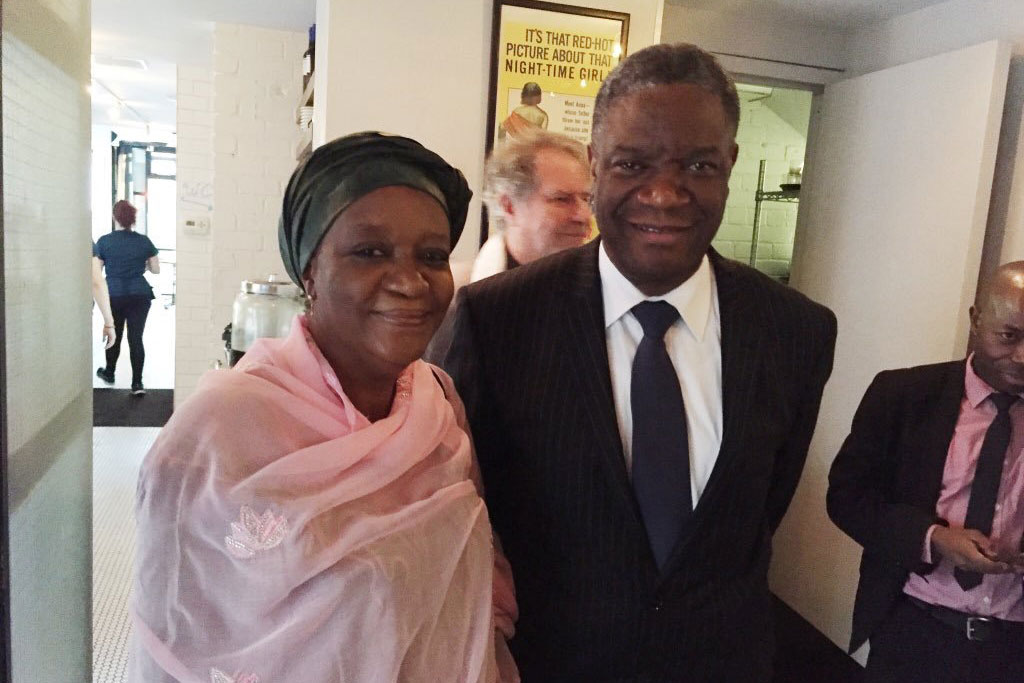 The United Nations office working to end conflict-related sexual violence helped to bring world-renowned surgeon Denis Mukwege and a team from his Panzi Hospital to Conakry, Guinea, to provide medical and psychological treatment for 30 of the women and girls raped in politically-motivated violence in 2009, it was announced today.

In a statement, Under-Secretary-General Zainab Hawa Bangura, the UN Special Representative of the Secretary-General on Sexual Violence in Conflict, called the visit “an innovative example of how South-South cooperation can contribute to enhancing capacities and assisting victims of conflict-related sexual violence.”

Dr. Mukwege, a surgeon and gynaecologist, and his team, aided 30 survivors of sexual violence between 23 and 27 January, according to the statement.

The Congolese doctor also met with high-level officials, including from the health and justice ministries, to discuss the need for sustained health support and the importance of investigating and prosecuting those responsible for the 2009 violence.

On 28 September 2009, civilians organized an opposition rally in a soccer stadium in Conakry when Guinean security forces opened fire on demonstrators. A UN-led International Commission of Inquiry found that at least 156 people were killed and 109 women and girls raped and subjected to other forms of sexual violence.

In July 2015, the head of the country at the time of the attacks, Moussa Dadis Camara, was indicted, but remains in Dakar awaiting extradition.

The indictment was part of an international effort aided by the team of legal experts working under Ms. Bangura, who have provided technical assistance to Guinean authorities since 2012, according to the UN office.

Seven years since the incidents, Special Representative Bangura today said that she is convinced “that we are closer to seeing the delivery of services, justice and reparations to victims.”

The visit of the Panzi Hospital took place at the invitation of the Guinean Government and with support from the Guinean Association of Victims, Parents and Friends of September 28, 2009 (AVIPA).

Dr. Mukwege, who co-founded the Hospital, was among the 2008 awardees of the UN Human Rights Prize, an honorary award given to individuals and organizations in recognition of outstanding achievement in human rights.