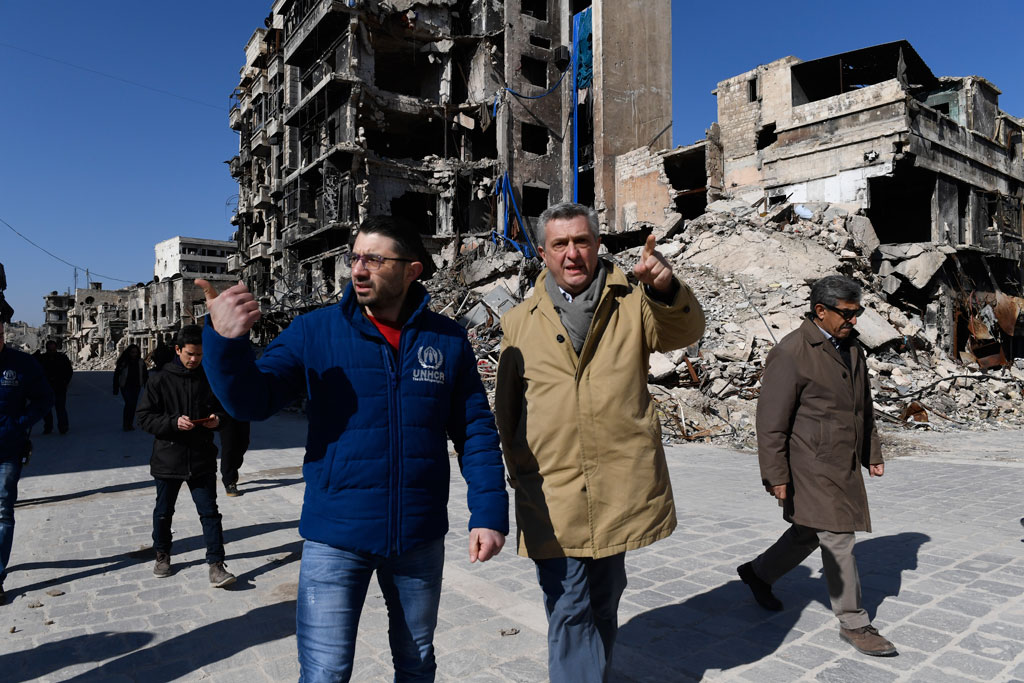 Expressing shock at the scale of the devastation in war-ravaged city of Aleppo, the top United Nations refugee official makes an impassioned plea for the world to stand in solidarity with those suffering from the effects of conflict there in Syria, as well as in other places such as Iraq, Somalia and Yemen.

“There are people here, some of them are returning to these ruins, who need help, immediate help. They are cold, they are hungry, they need to work to earn some money, they need the elementary things in life in this very ancient city,” said Filippo Grandi, the UN High Commissioner for Refugees, presently in Aleppo as part of his mission to Syria.

Stating that despite following the crisis closely, nothing prepared him for immensity of the destruction, and the sights in the war-torn country will weigh very heavily on the conscience of the world for generations.

“When you see children’s clothes hanging out of windows, kitchens cut in half by shells and rockets, the real lives of people interrupted by war as it was happening […] You drive for miles and miles you see destroyed civilian houses, destroyed schools, destroyed hospitals. Everything has been ruined,” he added.

The world has to go back to solidarity, has to think again of these people – not with fear, not with suspicion, but with open arms, with an open mind, with an open heart

Drawing attention to the plight of those who fled such places, he stressed: “This is what refugees from Syria, who are now denied entry [to the United States], have fled from.”

Appealing to the global community for accelerated and immediate for humanitarian assistance, High Commissioner Grandi said: “All the Syrian people need help. We cannot abandon them because the crisis is not over.”

“How can we turn them back? How can we not consider giving them protection? At least, for the time while the conflict is continuing, this is what they are escaping from – millions of them,” he said, adding: “The world has to go back to solidarity, has to think again of these people – not with fear, not with suspicion, but with open arms, with an open mind, with an open heart.”