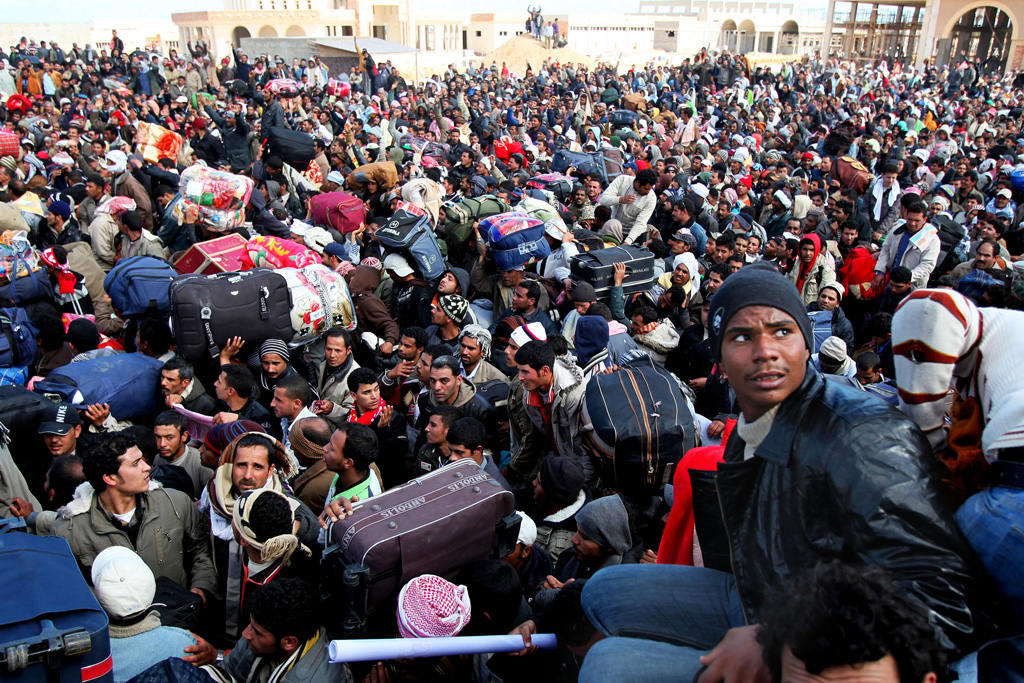 Despite appearances and media spin, “migration does not have to be chaotic or seem like an invasion,” and as yet another turbulent year for millions of people on the move comes to an end, the United Nations is marking International Migrants Day with a worldwide call for more cooperation and a resolute rejection of intolerance and policies driven by xenophobic rhetoric.

“We have seen the continued devastating effect of armed conflict on civilian populations […], witnessed the unacceptable loss of thousands of lives of people in transit in the Mediterranean and elsewhere, and the rise of populist movements that seek to […] blame [refugees and migrants] them for various ills of society,” said UN Secretary-General Ban Ki-moon in his message on the International Day.

Yet, within this turbulence there are rays of hope, with concerned citizens and communities opening their arms and hearts. There has also been a promising international response, culminating with the New York Declaration adopted in September at the UN Summit for Refugees and Migrants.

”It is now crucial that governments honour and build on their commitments to govern large movements of refugees and migrants in a way that is compassionate, people-centred, gender-responsive and rooted in fundamental human rights,” said Mr. Ban, calling the Declaration a critical step towards the adoption of a global compact for safe, orderly and regular migration in 2018.

Underscoring that “every migrant is a human being with human rights,” the UN chief said that to protect and uphold those rights stronger international cooperation is needed among countries of origin, transit and destination that is guided by international law and standards. “We must reject intolerance, discrimination and policies driven by xenophobic rhetoric and the scapegoating of migrants. Those who abuse and seek to harm migrants must be held to account.”

Picking up that thread, William Lacy Swing, Director General of the International Organization for Migration (IOM), the UN focal point agency on the issue, said: “The upheaval we see all around in our politics should serve as a wake-up call to prepare rather than panic. We need to mould the future rather than ignore it [by] embracing the inevitability of migration, changing the perceptions of migrants among our publics and better integrating migrants in our societies.”

More must be done to rectify the current “toxic narrative” of migration, says UN migration chief William Lacy Swing, calling on the international community to show political leadership in dispelling the misconceptions surrounding migration, as well as combat rising xenophobia in various parts of the world.

”There is a real demographic revolution going on today and it is up to us to manage it for the benefit of all,” he continued, noting that while most migrants simply want an opportunity and would welcome even a temporary one, with the right support, those that stay will contribute to whatever society they settle in, whether it is economically or culturally.

For its part, UN Women, the United Nations Entity for Gender Equality and the Empowerment of Women, noted that there are more than 244 million migrants in the world, almost half are women, and with ongoing movements of refugees and migrants, it is critical that the global community comes together with unified and gender-responsive solutions that address both the opportunities and challenges that migration presents.

The New York Declaration underlines the need for promoting and protecting the rights of migrant women and girls at all stages of migration. Moreover, the global compact for safe, orderly and regular migration in 2018 is expected to become a dynamic vehicle for migration governance, which sees migrants, including women and girls, as agents of change with valuable skills, powerful voices and the potential for leadership.