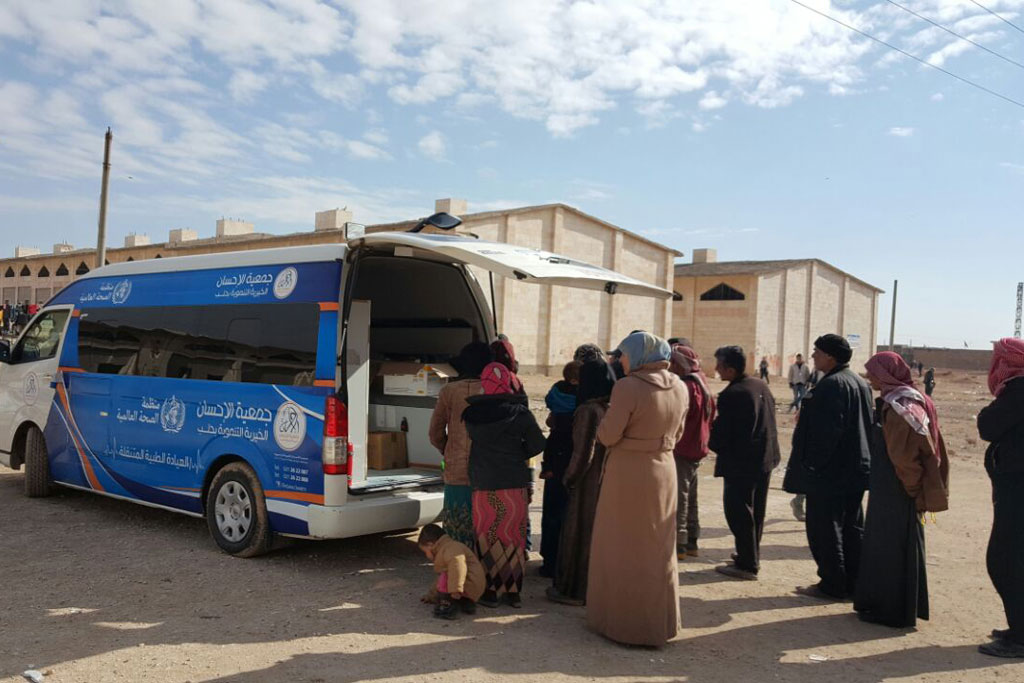 The United Nations was has been invited to monitor and assist in the renewed effort to evacuate sick and wounded civilians and opposition fighters from the remaining rebel-held areas of Syria’s war-ravaged city of Aleppo, a senior UN humanitarian envoy has announced.

Following today’s meeting in Geneva of the Humanitarian Access Task Force of the International Syria Support Group (ISSG), Jan Egeland, the UN Senior Adviser on Syria, detailed the UN’s three-pronged evacuation plan, a plan he hoped would be “the start of a last and successful attempt of evacuations.”

The plan includes medical evacuations for the wounded and sick, evacuations for vulnerable civilians, and evacuations of fighters. The agreement was not made on behalf of the UN, but rather through direct talks of the various parties to the Syrian war, he explained.

The UN will monitor the evacuations with the help of the International Committee of the Red Cross (ICRC) and the World Health Organization (WHO). Representatives from all organizations are ready to accompany those being evacuated from eastern Aleppo, Idlib, and elsewhere all the way to Turkey and into Turkey, should that be their final destination.

According to Mr. Egeland, Russia will also monitor the situation and ensure that the evacuations that follow are “swift, [non-bureaucratic] and non-intrusive” and that those being evacuated would be guaranteed safety.

“We all feel strongly that the history of Aleppo through this war will be a ‘black chapter’ in the history of international relations. It took 4,000 years to build Aleppo, hundreds of generations, yet one generation managed to tear it down in four years. Aleppo, for three thousand years, gave to the world civilization and world civilization was not there to assist the people of Aleppo when they needed us the most.”

The UN estimates that some 50,000 people have been displaced from east Aleppo, most of who have been assisted through UN relief efforts, but that many remain without humanitarian protection because the UN is unable to move freely in the area. The Organization now has access to relief camps, but conditions are very difficult: space limitations require two families, or 10 to 12 people, to stay together in each room.

Mr. Egeland regretted that the UN had not been able to be present when civilians most needed help and noted that some 700,000 people remain in 15 besieged areas beyond east Aleppo.

“All of the parties on the ground are guilty of blocking access for international humanitarian workers. I cannot recall a war where this has been such an acute problem in the last generation,” he said.

Meanwhile, the UN continues to receive reports from al-Waer, Homs, Foua, Kefraya, Madaya, and Shia, where people are prevented from evacuating.

Mr. Egeland affirmed the UN’s refusal to give up but reiterated that because it has been denied access, it has been unable to bear witness to “atrocities that we know have been committed by all sides in this horrific war, including in east Aleppo.”

As the UN has not been party to the negotiations, the priority remains to assist civilians. UN vehicles as well as ICRC and Syrian Arab Red Crescent (SARC) ambulances are ready to respond to people as they are evacuated, but some have had difficulty gaining access due to checkpoints enforced by the Syrian Government.

The ISSG has established respective taskforces on humanitarian aid delivery and a wider ceasefire. They have been meeting separately since early this year on a way forward in the crisis. Russia and the United States are the co-chairs of the taskforces and the ISSG, which also comprises the UN, the Arab League, the European Union and 16 other countries.