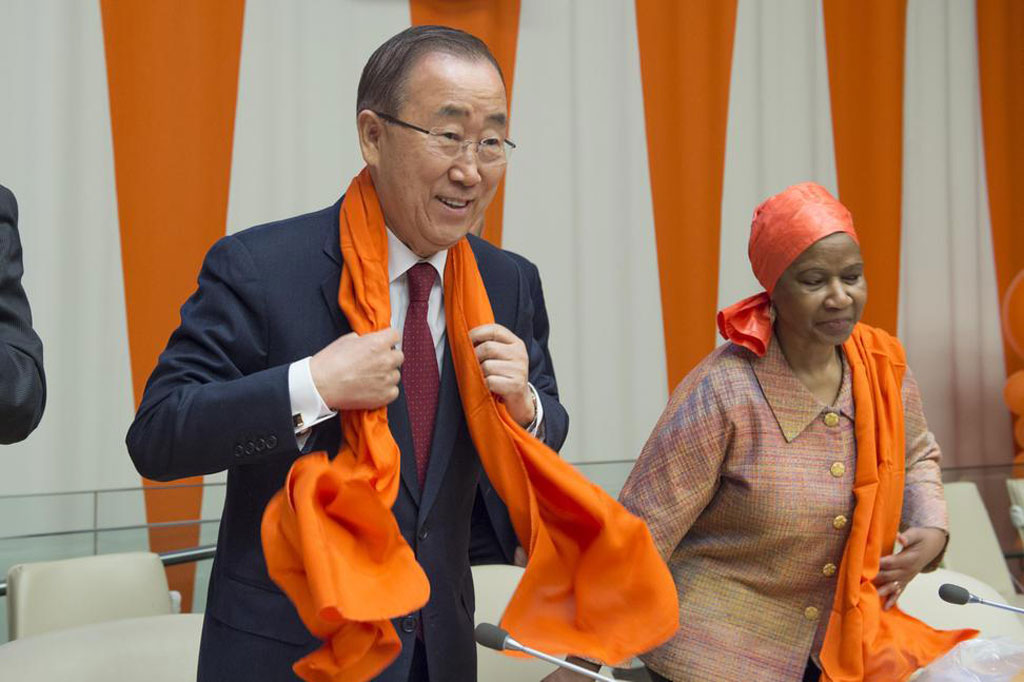 The extent to which violence is embedded in society means that uprooting it is everyone’s job, senior United Nations official said today, lamenting that violence against women and girls continue to be a low priority on the international development agenda and urging more action – and more funding – to end the pandemic of such violence now, once and for all.

“The statistics almost defy belief. What is even harder to understand is why: why men prey on women and girls; why societies shame the victims, why governments fail to punish deadly crimes, why the world denies itself the fruits of women’s full participation,” Secretary-General Ban Ki-moon told a UN Women-hosted Orange the World event at UN Headquarters in New York to raise money to end violence against women and girls, and kick off 16 Days of Activism against gender-based violence.

The campaign http://www.unwomen.org/en/what-we-do/ending-violence-against-women/take-action/16-days-of-activism begins on 25 November, the International Day for the Elimination of Violence against Women and ends on 10 December, Human Rights Day.

It also included a musical performance from The Color Purple, Tony Award winner for Best Musical Revival, and a panel discussion on sustainable financing to end violence against women and girls.

“The extent to which violence is embedded in society means that uprooting it is also a job for all of society. That includes men and women, the media and the religious community. We can work together to address the inequality and prejudice that enable and enflame violence against women and girls,” Ms. Mlambo-Ngcuka told an audience that wore orange in support of ending violence against women.

Mr. Ban, observing the Day for the last time as Secretary-General, thanked the audience for being a part of a decade of global activism to end violence against women and girls.

“You have defended the vulnerable and fought impunity,” he said. “The United Nations and I, personally, have stood with you.”

Ms. Mlambo-Ngcuka thanked the Secretary-General for his advocacy and leadership, emphasizing that violence against women was not always discussed in the public domain. She called for improvements to laws and implementation, and said that while there are costs to such changes, “the price of no change is much higher, and unacceptable.”

She highlighted examples of recent improvements from Timor-Leste and Uganda and encouraged society to work together to address inequality and prejudice by scaling up prevention and services as well as working with allies throughout different sectors and civil society.

“Together, we can begin to bend the curve down and bring the scourge of violence against women and girls to an end,” the Executive Director said.

In his concluding remarks, Mr. Ban reminisced about his conversations with girls and women at the HEAL Africa hospital in Goma and meeting with “one of the world’s great advocates,” Malala Yusafzai.

“Some of the most impactful and inspiring moments of my entire term as Secretary-General occurred in the context of our struggle for women’s empowerment,” he declared.