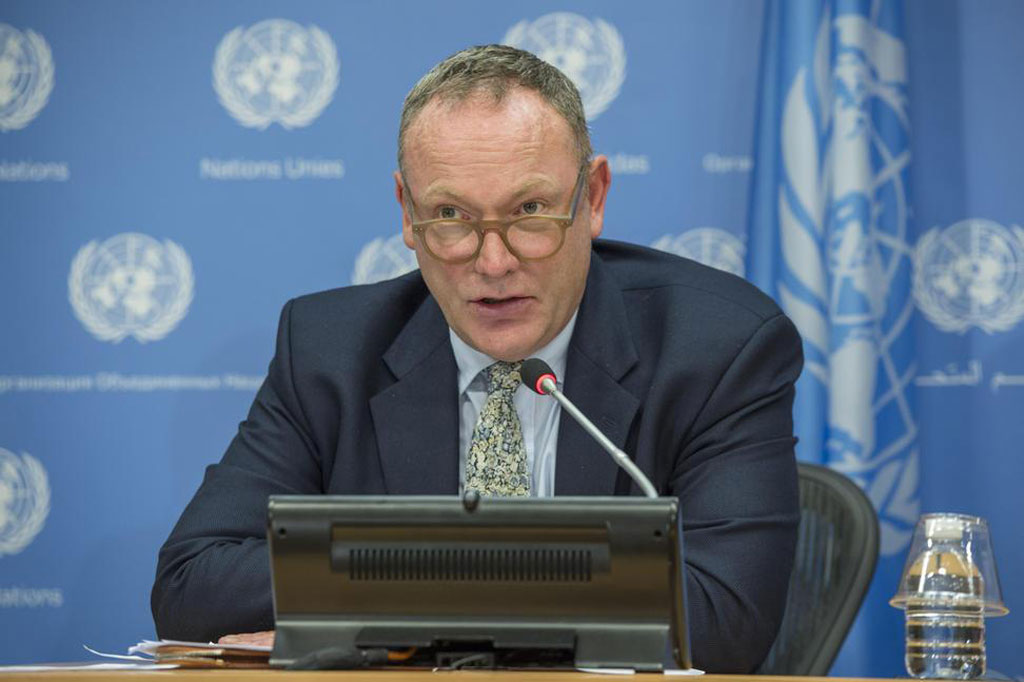 “Overly-restrictive migration policies introduced because of terrorism concerns are not justified and may in fact be damaging to state security,” the UN Special Rapporteur on promotion and protection of human rights and fundamental freedoms while countering terrorism, Ben Emmerson, said in a news release issued today by the Office of the UN High Commissioner for Human Rights (OHCHR).

In his briefing to the Assembly’s main body dealing with human rights issues (Third Committee), the Special Rapporteur underscored that there is no evidence that migration leads to increased terrorist activity.

“The perception that terrorists take advantage of refugee flows to carry out acts of terrorism, or that refugees are somehow more prone to radicalization than others […] is analytically and statistically unfounded, and must change,” he added

According to the report, migration policies that lead to restricted access to safe territory and increased covert movements of people, particularly by traffickers, “may ultimately assist terrorists and lead to increased terrorist activity.”

Instead, the Mr. Emmerson said that policies which respect human rights, justice, and accountability, and that manifest the values on which democracy is founded, are an essential element of effective counterterrorism policies.

“In fact, it is in all of our interests to protect refugees and give them the opportunity to create a better future for themselves and their families. It is also the right thing to do,” he emphasized.

According to the expert, even with ongoing efforts to reach resolution in the Syrian conflicts, the world is likely to see a continued flow of refugees beyond the current record levels. In 2015, more than 65 million people worldwide were displaced.

The report, presented on 21 October, also recommends that States recognize that the vast majority of people fleeing Syria and other affected regions are victims of terrorism, and should not be stigmatised as potential terrorists themselves.

It further calls on them to respect the fundamental rights of migrants, and warns that push back operations and detention of migrants likely violate human rights and breach their obligations under international refugee law.

The General Assembly’s Third Committee is one of its six Main Committees and is the one responsible for social, humanitarian affairs and human rights issues affecting people all over the world.

Independent experts and Special Rapporteurs are appointed by the Geneva-based UN Human Rights Council to examine and report back on a specific human rights theme or a country situation. The positions are honorary and the experts are not UN staff, nor are they paid for their work.