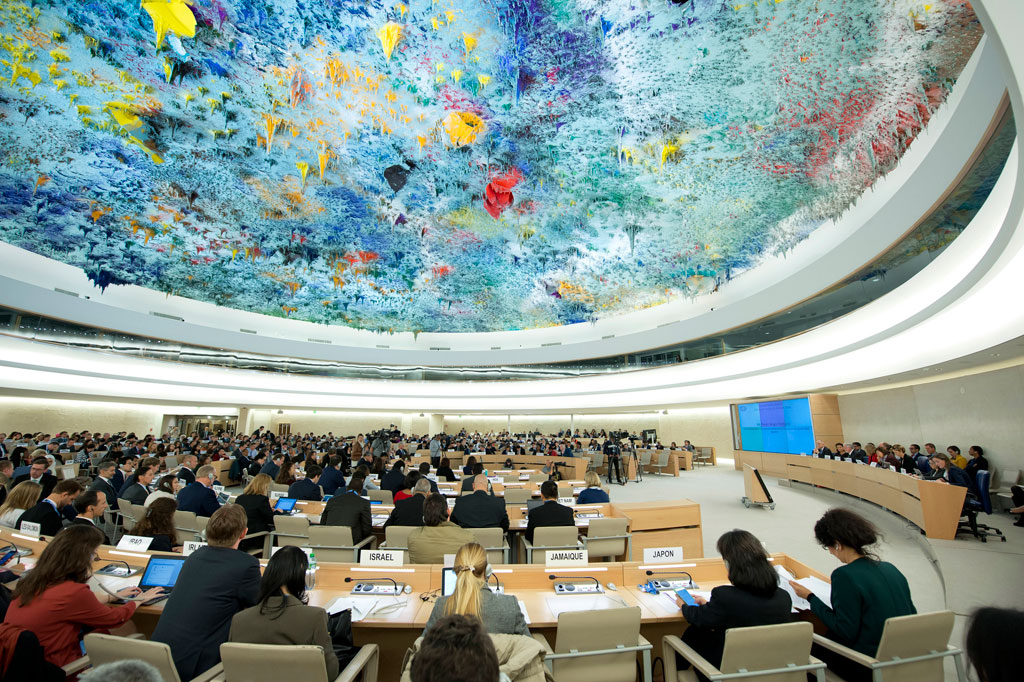 Describing the bombardment and crippling siege of Syria’s war-ravaged eastern Aleppo as “crimes of historic proportions” the top United Nations rights official today urged the members of the UN Human Rights Council to “speak with one voice” in an effort to end the bloodshed.

“The ancient city of Aleppo, a place of millennial civility and beauty, is today a slaughterhouse – a gruesome locus of pain and fear, where the lifeless bodies of small children are trapped under streets of rubble and pregnant women deliberately bombed,” the UN High Commissioner for Human Rights, Zeid Ra’ad Al Hussein told a special session of the Geneva-based Human Rights Council today as the 47-member body prepared to take up a draft resolution on the issue.

“The collective failure of the international community to protect civilians and halt this bloodshed should haunt every one of us,” he noted further, and warned that “its costs will be borne by our children, and future generations.”

The UN human rights chief further said the “civil war – now also a proxy conflict fuelled by cynical regional and international interests” – has killed well over 300,000, wounded and traumatized countless others, resulted in the abduction, summary execution or arbitrary detention of tens of thousands and displaced more half the Syrian population.

He further noted that hospitals, schools, marketplaces, water facilities and neighbourhood bakeries had been deliberately and repeatedly attacked and millions have been denied life-saving aid.

Noting that his Office (OHCHR) documented a number violations of international humanitarian law by all parties in Aleppo, High Commissioner Zeid said the attacks that have caused a number of civilian casualties constitute war crimes.

Most Syrians left in Aleppo are too poor to leave and live in the carcasses of apartment blocks. Photo: Tom Westcott/IRIN

“And if knowingly committed as part of a widespread or systematic attack directed against civilians, they constitute crimes against humanity,” he added.

Mr. Zeid noted that though the responsibility for halting the Syrian crisis primarily fell to the UN Security Council, the General Assembly may also have a role.

Urging members of the Human Rights Council to set aside political disagreements and focus exclusively on the suffering of women, men and children, he stressed: “No hypothetical advantage in global gamesmanship could possibly outweigh this pain and horror.”

He further urged the Security Council to set aside rivalries and act as one, in accordance with international security and peace, and said “Influence must be used to advance a political solution to the conflict. Flows of arms and equipment to the parties to the conflict must cease.”

He also underlined the urgency of referring the situation in Syria to the International Criminal Court and said that all parties to the conflict “must know that they will be held accountable for the international crimes they commit – all, without selective protection or discrimination.”

Calling for an immediate, prolonged and all-encompassing ceasefire to enable humanitarian aid he called on the top UN human rights body to “speak with one voice” for the protection of civilians in what he called was the defining human rights crisis of our era.

The Human Rights Council’s special session comes just hours after Secretary-General Ban Ki-moon and his Special Envoy, Staffan de Mistura, briefed an informal meeting of the General Assembly in New York, during which Mr. Ban said the horrors committed in the Syria conflict may amount to war crimes, calling on Member States “to cooperate and fulfil your collective responsibility to protect.”