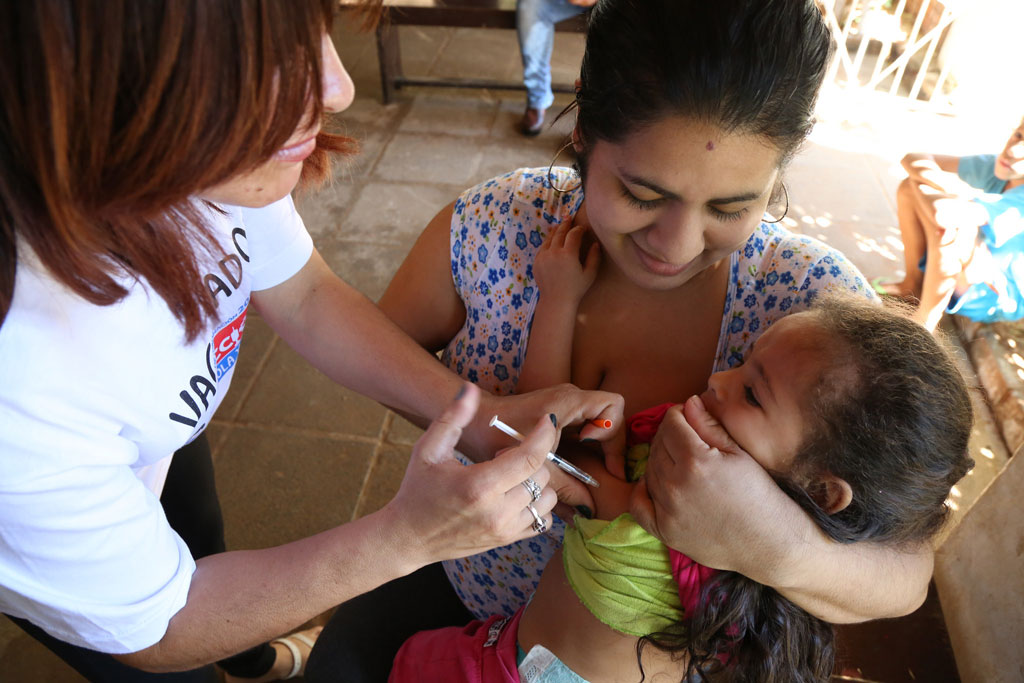 The region of the Americas is the first in the world to have eliminated measles, a viral disease that can cause severe health problems, the United Nations health agency has declared.

“This is an historic day for our region and indeed the world,” said Carissa F. Etienne, Director of the Pan American Health Organization of the UN World Health Organization (PAHO/WHO) yesterday, noting that the achievement culminates a 22-year effort involving mass vaccination against measles, mumps and rubella throughout the Americas.

“It is proof of the remarkable success that can be achieved when countries work together in solidarity towards a common goal. It is the result of a commitment made more than two decades ago, in 1994, when the countries of the Americas pledged to end measles circulation by the turn of the 21st century,” she added.

The announcement was made during the 55th Directing Council of PAHO/WHO, which is currently under way and is being attended by ministers of health from throughout the Americas.

Measles is the fifth vaccine-preventable disease to be eliminated from the Americas, after the regional eradication of smallpox in 1971, poliomyelitis in 1994, and rubella and congenital rubella syndrome in 2015.

Before mass vaccination was initiated in 1980, measles caused nearly 2.6 million annual deaths worldwide. In the Americas, 101,800 deaths were attributable to measles between 1971 and 1979. A cost-effectiveness study on measles elimination in Latin America and the Caribbean has estimated that with vaccination, 3.2 million measles cases and 16,000 deaths between 2000 and 2020 will have been prevented in the region, WHO said.

“This historic milestone would never have been possible without the strong political commitment of our Member States in ensuring that all children have access to life-saving vaccines,” Ms. Etienne said.

Measles transmission had been considered interrupted in the region since 2002, when the last endemic case was reported in the Americas. However, as the disease had continued to circulate in other parts the world, some countries in the Americas experienced imported cases, according to WHO.

The International Expert Committee for Documenting and Verifying Measles, Rubella, and Congenital Rubella Syndrome Elimination in the Americas reviewed evidence on measles elimination presented by all the countries of the region between 2015 and August 2016 and decided that it met the established criteria for elimination. The process included six years of work with countries to document evidence of the elimination.

Measles is one of the most contagious diseases and affects primarily children. It is transmitted by airborne droplets or via direct contact with secretions from the nose, mouth, and throat of infected individuals. Symptoms include high fever, generalized rash all over the body, stuffy nose, and reddened eyes. It can cause serious complications including blindness, encephalitis, severe diarrhoea, ear infections and pneumonia, particularly in children with nutritional problems and in immunocompromised patients.

WHO highlighted that as a result of global measles elimination efforts, only 244,704 measles cases were reported worldwide in 2015, representing a significant decline from earlier years. However, more than a half of these reported cases were notified in Africa and Asia.

To maintain measles elimination, PAHO/WHO and the International Expert Committee have recommended that all countries of the Americas strengthen active surveillance and maintain their populations’ immunity through vaccination.

“I would like to emphasize that our work on this front is not yet done,” warned Ms. Etienne. “It is critical that we continue to maintain high vaccination coverage rates, and it is crucial that any suspected measles cases be immediately reported to the authorities for rapid follow-up.”

PAHO, founded in 1902, works with its member countries to improve the health and the quality of life of the people of the Americas. It serves as the regional office for the Americas of WHO and is the specialized health agency of the inter-American system.