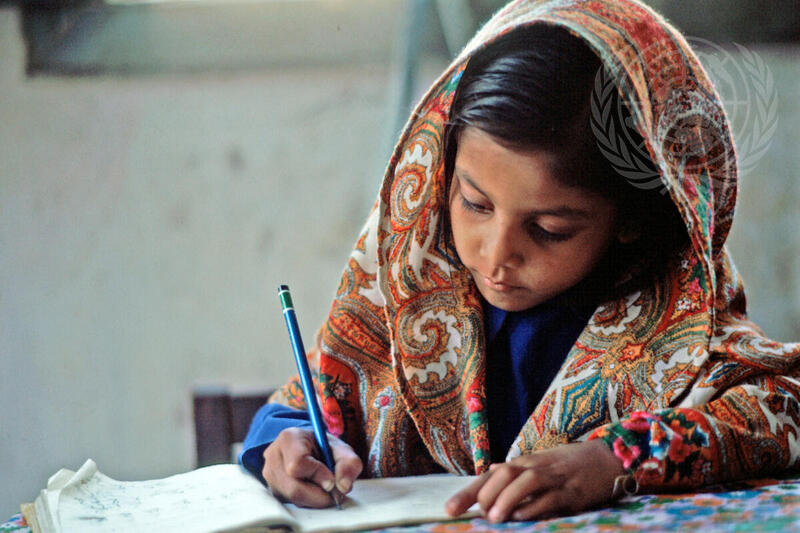 During the recent webinar hosted by QUT Business School and UN Women Australia, audience members were able to participate in a live Q&A. Questions ranged from gender quotas, implications of modern slavery, and what actions Australian businesses are taking to make progress towards gender equality.

The conversation between Dr Bree Hurst and Janelle Weissman covered a wide range of topics from the important role of respect, paid parental leave for both men and women, the significance of language, visibility of leaders, and consent education as pillars for cultural change towards achieving gender equality.

Gender equality is one of seventeen Sustainable Development goals committed to by countries in the United Nations. The 2030 Agenda for Sustainable Development, adopted by all United Nations Member States in 2015, provides a shared blueprint for peace and prosperity for people and the planet, now and into the future. At its heart are the 17 Sustainable Development Goals (SDGs), which are an urgent call for action by all countries – developed and developing – in a global partnership. They recognize that ending poverty and other deprivations must go hand-in-hand with strategies that improve health and education, reduce inequality, and spur economic growth – all while tackling climate change and working to preserve our oceans and forests.

A global champion for women and girls, UN Women is the United Nations entity responsible for promoting women’s empowerment and gender equality and was established to accelerate progress to meet the needs of women and girls worldwide.

UN Women Australia’s award-winning campaign, ‘When will she be right?‘ sets out to disrupt the assumption that everything sorts itself out in time and to spark a movement to take concerted action to deliver real change for women and girls here in Australia. Based on a behaviour change model it hopes to move the community from learning, to sharing, and taking action.

So, what would a world that has achieved Gender Equality look like? Janelle says,

“For starters, no country in the world has achieved gender equality. That isn’t to say it’s not possible, it is, and that’s what we’re working for with partners like QUT Business School every day. A world that has achieved gender equality is one where children, irrespective of their gender/gender identity, can choose any educational or career path they wish without being held back by gender stereotypes. It’s a world where women and girls, and all of us, can navigate freely in public and private spaces, without the fear of violence. It’s a healthier planet, with abundant clean drinking water, oceans, and land. It’s a prosperous world, where women participate fully in the workforce and we reap the significant economic dividends that delivers for all of society. A world where we have closed the digital divide across gender, class, race, ability or other multiple forms of disadvantage. A place where women are equally represented as leaders, influencing decisions in all aspects of social, economic and political life. The Sustainable Development Goals are a roadmap of seventeen discrete areas of progress that are necessary to deliver a more peaceful, healthier and prosperous planet; with gender equality featuring as both a standalone goal (#5) and underpinning every other goal’s success; that future I paint is brighter not just for women and girls, but for all of us.”

QUT Business School’s partnership with UN Women Australia provides opportunities to increase women’s access to education through scholarships such as the Women in Excellence EMBA Scholarship and the Public Sector Management Program scholarships for those in the NGO sector.

Over the course of the partnership, QUT Business School and UN Women Australia have convened discussions on topics such as data and artificial intelligence as facilitators or barriers to gender equality; workshops on the recognition of domestic and family violence as a workplace issue; through to seminars about advancing women’s leadership and representation. Collaborating with best-in-class researchers and bringing UN Women’s global expertise, we have delivered important content to a range of private sector partners, students, alumni and members of our UN Women Australia community of support to shape and shift attitudes and behaviour.

As Executive Director, Janelle is passionate about her role saying UN Women Australia has a clear mission: gender equality and women’s empowerment. She believes that not only is it achievable, but it is urgent. “It’s a joy to be part of an organisation that takes a collaborative approach to accomplishing this goal, recognising the power and influence of working across the spectrum from the highest levels of government to the grassroots. It’s UN Women’s mission, and its approach to delivering change, that inspire me each day. I greatly appreciate all of the human rights defenders both in our backyard here in Australia and across our region and the world who tirelessly fight for equal rights and opportunities. To have the chance to listen and learn from them, share their stories and mobilise others to be a part of this movement, the largest movement for gender equality in the world, is a pleasure and a privilege,” she said.

Watch the full conversation on QUTube.

For the past twenty-five years, Janelle has worked in program management, partnerships and grant making roles to strengthen social justice organisations in the USA, Australia and around the world. As Executive Director of UN Women Australia, Janelle leads a team charged with amplifying UN Women’s global agenda through fundraising and advocacy to advance women in leadership, promote economic empowerment, end all forms of discrimination and violence against women and ensure women’s voices are central to humanitarian response.

Dr Bree Hurst is from the School of Advertising, Marketing and Public Relations. Bree is a member of QUT’s Centre for Decent Work and Industry, which seeks to progress social change by critically examining the nexus of business, work, education and society and advance decent work and industry through rigorous scholarship and research informed policy advocacy.