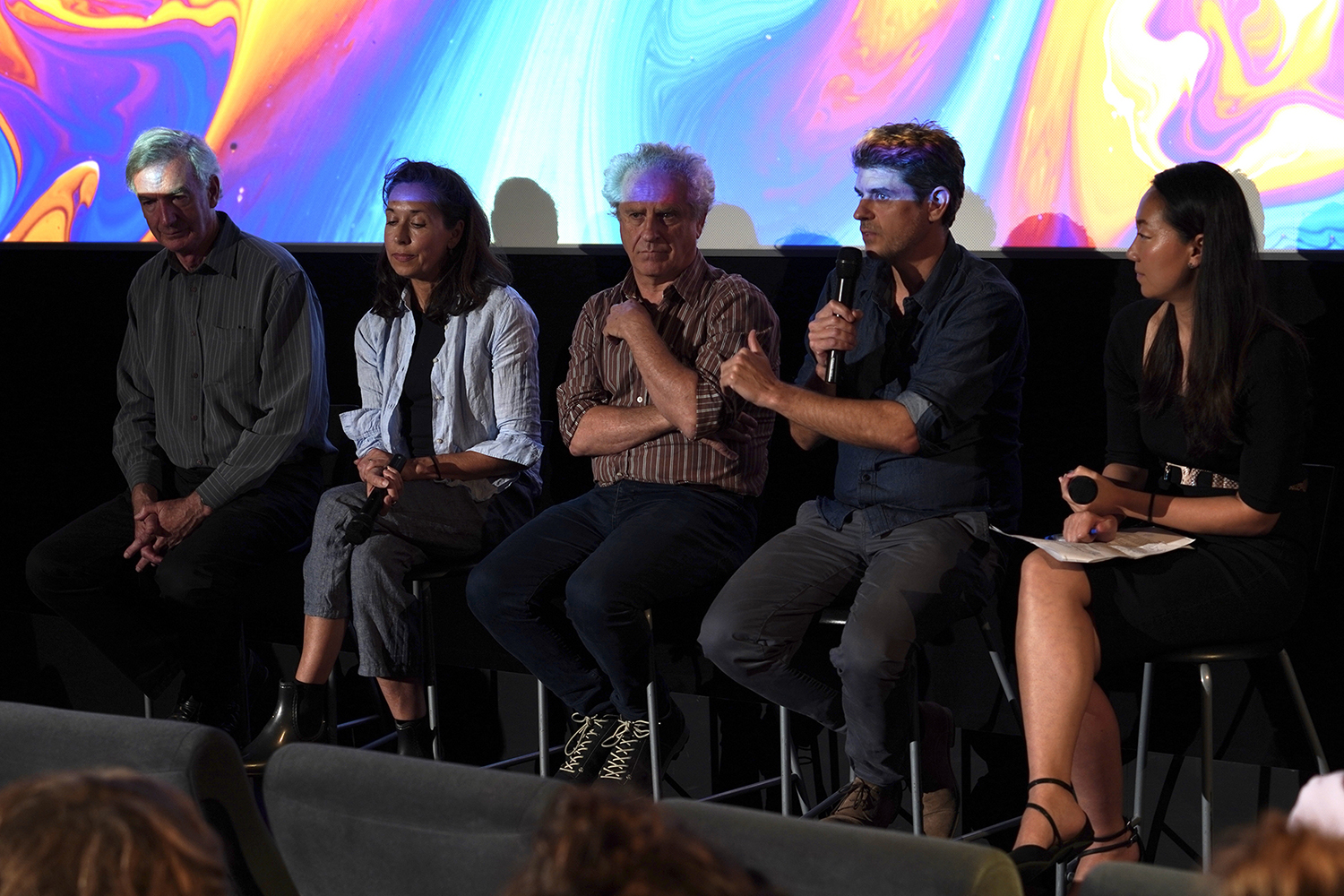 In 2020, we are faced with two simultaneous global crises. The only comfort we may take from this is that both climate change and the COVID-19 pandemic require systems of global governance, and establishing this for one will most likely benefit the other. Climate change experts shed light on this hypothesis at a panel discussion held by the UNAA Young Professionals at the Transitions Film Festival in late February, before restrictions on public gatherings became widespread.

Global Thermostat, the film screened at this event, explored a range of scientific methods known as geoengineering, which could manipulate the Earth’s atmosphere to slow down – or even reverse – climate change. These methods operate either by drawing down carbon dioxide (CO2) from the Earth’s atmosphere, or by deflecting sunlight away from the Earth to cool global temperatures.

A range of perspectives were given on the capacities, challenges and risks associated with each geoengineering method, including from scientific researchers, environmental activists and environmental policymakers. Our panel of experts had a similarly broad range of perspectives and expertise, and after the film they explored some important questions:

If so, will there be a way for us to deploy it safely and justly?

“The reality is that those who will suffer the most from climate change are those who bear the least responsibility for causing it,” said Associate Professor Peter Christoff, who lectures climate change policy and politics at the University of Melbourne.

“The same applies with geoengineering – those who face the greatest risks may not be those who develop and deploy the technology, but rather those who live in the Global South and have little or no power over the process. The Southern hemisphere is suggested as a good testing ground for geoengineering since it is less densely populated than the Northern hemisphere, which is not great news for Australians,” observed Peter.

The panellists discussed climate action policies in place across the globe, including the net zero emissions goal that several Australian states have voluntarily adopted.

“Unfortunately, aiming for net zero emissions will not be enough to fight climate change,” said Luke Taylor, Director of the Sustainable Living Foundation.

“In order to stop our world from reaching climate tipping points, we will need to rapidly drawdown CO2 from the Earth’s atmosphere, and safe ways to cool the planet fast are going to be needed in the short timeframe we have available to us,” Luke explained.

“Like Luke, I reluctantly accept that some forms of geoengineering – especially reafforestation – need to be part of the solution to holding global warming to 1.5 degrees or below,” agreed Peter.

Not all panellists agreed on the need for geoengineering, and Deborah Hart, a climate activist and co-founder of CLIMARTE and ClimActs, argued against prioritising geoengineering over natural climate solutions.

“Focussing on geoengineering solutions will delay action on climate change and draw funds and attention away from natural climate solutions. These solutions would effectively drawdown CO2, improve ecological health and create sustainable jobs,” Deborah explained. As an example, Deborah referenced some impressive findings from a soil biomass project at New Mexico State University.

Other panellists concurred that low-complexity, high-impact geoengineering methods are the best way forward in the climate crisis.

Graham Hunter, National Coordinator of the UNAA Climate Change Program, was optimistic about the potential for international treaties and other global governance mechanisms to pave the way for democratic and effective climate action.

“I am hopeful that international law instruments such as the Paris Agreement will guide states to fight climate change in a systemic, just and collaborative way,” commented Graham.

“But when considering the way forward with geoengineering, it is important to consider the issues of liability and intellectual property – who will own the systems we deploy? Who will pay for them? If something goes wrong, who will be held accountable?” Graham added.

Conversations about the current global pandemic mirror those we have been having about climate change for some time now.  Filled with anxieties about our technical capacity to test and treat the virus; having ethical debates about resourcing and who should provide help to whom; and disagreeing about how governments should behave – put economics or public health first? – it’s a wonder our societies are still functioning.

But amid these difficulties and disagreements, our societies are indeed functioning. A sense of community has arisen, parallel to these tumultuous discussions, as people follow the directives of governments and health authorities, choosing to care for one another by staying home and keeping a physical distance.

The global governance that has led to significant behavioural changes during COVID-19 may leave a positive legacy in the form of a blueprint for how authorities can effectively manage other crises, including climate change.

Over the coming months, the UNAA Young Professionals will be publishing a series of articles focusing on sustainable development in the midst of our changing global circumstances.  The lasting impacts of COVID-19 will not be evident for some time, but it is undeniably reshaping our societies, economies and individual lives.