UNOCHA
Many families have been trying to flee an escalation of fighting in northern Syria.

A military escalation in northern Syria which has trapped civilians in Idlib has “shocked and horrified” a senior UN humanitarian official.

The UN Deputy Humanitarian Coordinator for the Syria Crisis, Mark Cutts, said that “bombing has just been continuing with impunity.” 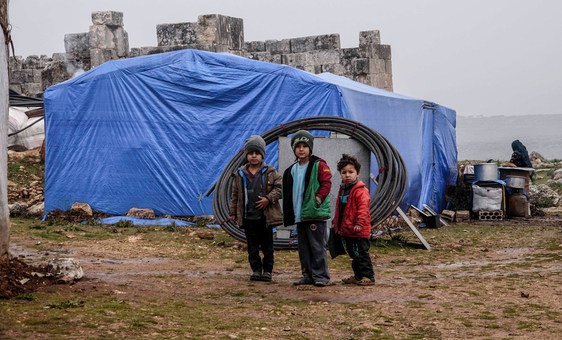 UNOCHA | Children pose outside a tent in a camp for displaced people in Idlib, northern Syria.

There are some three million people in what the UN has described as a “war zone” and many are trying to cross into Turkey to safety.

The majority of displaced people have been living in makeshift camps with few facilities. The worst affected are children.

The war in Syria is now in its ninth year.

Read more here about how the ongoing conflict continues to threaten the lives of millions of civilians.