Speaking at a meeting in Geneva aiming to convince more countries to assist the many millions of people around the world who live in nationless limbo, Mr. Grandi warned that much more action was needed, five years since UNHCR launched its #IBelong campaign to end statelessness.

“The progress is far from assured: damaging forms of nationalism and the manipulation of anti-refugee and migrant sentiment – these are powerful currents internationally that risk putting progress into reverse.”

One year later @MahaMamo shares a stage with Cate Blanchett, our Goodwill Ambassador.

She’s living proof of her message: we can #EndStatelessness. 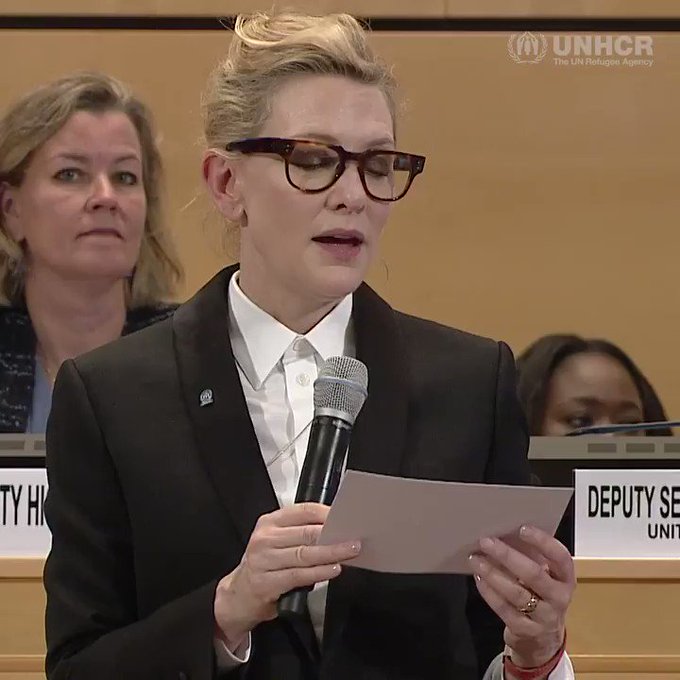 Highlighting the kinds of problems that victims face, the Australian-born Hollywood actor and rights activist pointed out that they are denied access to things every day that those with a nationality take for granted, such as education, healthcare and travel, or just opening a bank account.

Recalling the plight of a young Lebanese girl who had been left stateless because her mother could not transfer her nationality to her under the country’s laws – despite being from Lebanon – while her father came from an unrecognised minority – Ms. Blanchett described the situation as “heart-breaking, inhumane and devastating”.

She added: “Even at the age of nine, her hopes of becoming what she called ‘a baby doctor’… were becoming dimmer and dimmer, because the prospect of her going to high school were very slender. And as a parent, I could also relate to her parents’ anguish and guilt, and their sense of powerlessness at being unable to change that situation.”

Insisting that the world “can end statelessness”, Ms. Blanchett pointed out that there were relatively straightforward fixes to it, such as legislative changes to remove the gender discrimination laws suffered by the young girl from Lebanon.

Sierra Leone and Madagascar had recently committed to reversing such laws, she said, while insisting that States “have the power to remove those roadblocks” for stateless people.

Turning to the refugee crisis in southern Bangladesh, where around a million mainly Rohingya refugees are sheltering, most after fleeing Myanmar amid a military crackdown and grave rights abuses, the UNHCR Goodwill Ambassador pointed that the problem had been decades in the making. 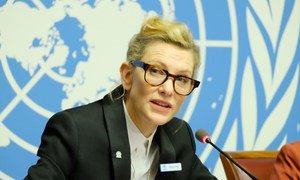 “The scale of the problem caused by the stateless of the Rohingya people is overwhelming,” she said. “I think we should learn as a species from the enormity of this problem”, and what begins on a local level can go on “decade after decade after decade and it becomes a problem beyond that county’s borders and it becomes an international crisis. So let’s not let other issues of statelessness rise to the level of the Rohingya.”

Denied ‘a sense of self’, families break down: UN deputy chief

These issues were the target of the 2030 Agenda, she insisted, pointing to their focus on enabling marginalized populations “to contribute to, and benefit from, inclusion in sustainable social and economic development processes”.

At the same time, she insisted, refugee host countries “require tangible support, including from a development perspective, to be able to cope with large-scale influxes and protracted refugee situations”.

To date, around 200 countries have pledged to work with UNHCR on solutions to statelessness, which the UN agency aims to eradicate by 2024.