As the United Nations gears up for the September Climate Action Summit in New York, one of its most high-profile climate conferences in recent times, what progress is the world making in tackling the climate crisis, and how is that progress being measured?

Around three years ago, the global community gathered in Paris in order to build a common approach to fighting climate change. They agreed to make efforts to restrict the rise in global temperatures to “well below”  2 degrees Celsius above pre-industrial levels and, if possible, reach 1.5 degrees Celsius.

However, in July of this year the temperature measured 1.2 degrees Celsius above those levels – matching, and even breaking, the record for the hottest month since records began – and the trend is continuing upwards. Extreme weather events across the world mean the planet is on track to record the five hottest years on record, according to the UN Secretary-General, António Guterres.

Mr. Guterres says that we are engaged in a “race to limit climate change”. So are we winning? UN News decided to take a closer look at one of the key international instruments used to measure the fight against global warming: Nationally Determined Contributions, or NDCs.

It should be stressed that the Paris Agreement on Climate Change is not legally binding in its entirety: it does not tell countries how they should reduce emissions or build climate resilience and adaptation, but encourages countries to write their own ticket: the NDCs.

These climate plans outline what a country promises to do, and how much they plan to reduce emissions. Recognizing that developing countries often lack the resources, finance, and technology, the Paris Agreement calls for developing countries to show what they can do on their own, and what they can do with assistance from the international community.

Why are they important?

Countries have many options on how they can pursue the goals of the Paris Agreement.  This could involve legislation, financial incentives, or tax policies to promote activities that will reduce emissions.  For example, countries can decide to put a price on carbon, through a tax or by building a carbon trading system.

The idea is that, if people have a clear idea of the cost of carbon pollution, they will invest and spend in areas, or fuels, that cost less.  For the average citizen, this could affect what kind of car, or heating, or cooling system they use, among a myriad of other facets of life.

In addition, these policies can help regulate development in areas that are most vulnerable to the impacts of climate change, such as coastal areas that are facing rising sea levels. 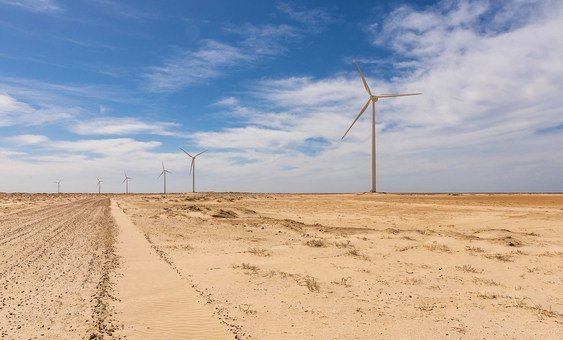 A windmill park on the outskirts of the Mauritanian capital, Nouakchott. (11 January 2019), by UNDP Mauritania/Freya Morales

Why are we talking about them now?

Under the Paris Agreement, countries are supposed to enhance their NDCs every few years to show increased ambition over time.

This is known as the “ratchet” mechanism, acknowledging that the initial submissions were nowhere near where we need to be: even if you added up the NDCs of all countries, we would only, at best, be a third of where we need to be, in order to achieve the Paris Goals.

So, countries are supposed to submit updated and enhanced NDCs in 2020, and it is important to mobilize now, to push for increased ambition and action: this is why the Climate Action Summit is being held in 2019.

Is it all doom and gloom?

No! We are seeing a surge of action around the world to move to renewable energy, with huge solar power plants being built in Morocco and the United Arab Emirates, Portugal receiving most of its energy now from renewables, and increasingly, many countries finding that they can power their grids entirely on renewable energy.

Investment in renewable energy is now outpacing that in fossil fuels, particularly in developing countries, and many countries and sub-regions have successfully enacted carbon pricing.

At the same time, the bottom line is that the world is not moving quickly enough: global emissions are increasing, and the temperature is rising. 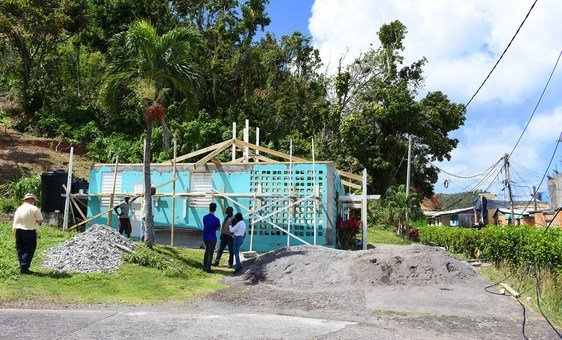 Buildings in Dominica are being repaired or rebuilt after the island was devastated by hurricane Irma. (16 February 2018), by UNDP/Zaimis Olmos

Which regions are leading the way?

No region is clearly surpassing others, but there are countries, and cities, that are showing great progress.  Many countries, including Pacific Island Small Island Developing States, have said that they are moving towards climate neutrality, or having a net zero carbon footprint.

In practice, that means they are able to balance carbon emissions, for example from industry or even just car usage, with carbon removal from the atmosphere, via such techniques as planting more trees, which absorb carbon.

It is a sad irony that these countries, among the most affected by climate change, have done little to contribute to the problem.

Climate action requires investment, and that often requires sound government policies to provide the incentive. Alongside Portugal, several other countries have invested heavily in renewables – including Chile, Ireland, Kenya and Costa Rica –and many European nations have made major advances in reducing their emissions.

How can we move faster?

We need to see greater political leadership and political will. Carrying on with business as usual will be disastrous and will lead to a global temperature rise of 3 degrees Celsius, or more, this century.

Bold leadership, on the part of government, business and civil society leaders, is critical for advancing climate action. People make a difference as well: changing consumer behavior is important in moving toward a low-carbon economy, which is why the UN has promoted the ActNow Campaign, to offer basic ideas on the steps we all can take.

So, can we solve the climate crisis?

Yes. We have the solutions that we need to address climate change, but we need to use them.  We need to shift investment from the grey, dirty, economy, to the green economy.  The money is there.

We have the technology, now we need to make it accessible to all people in all countries.

But we need to take action now.  Every bit of warming matters, and the longer we wait, the greater the negative impact.