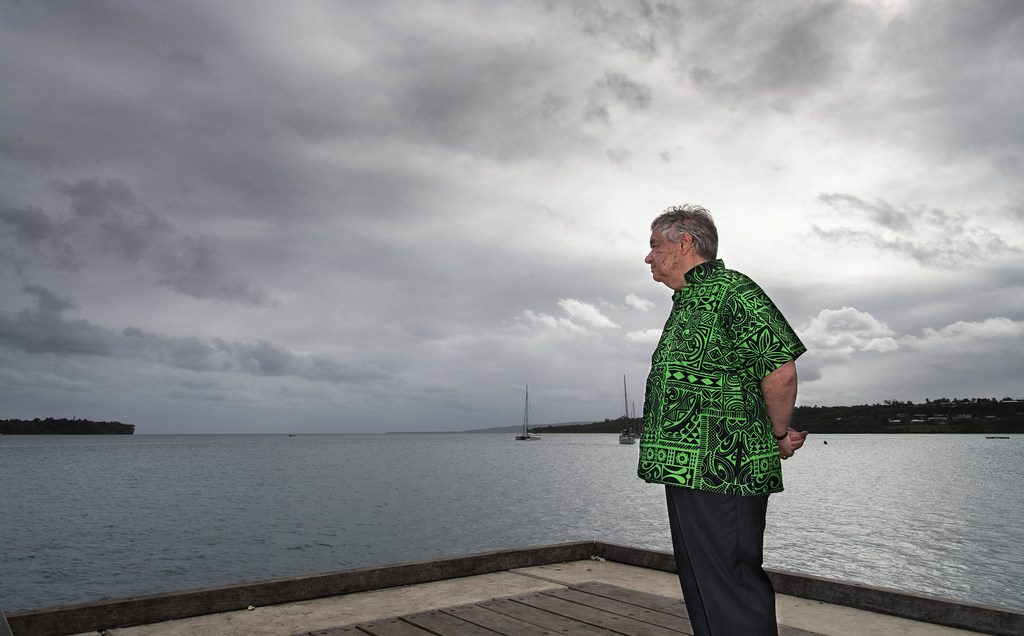 UN Photo/Mark Garten
The UN Secretary-General António Guterres visits Vanuatu on the last stage of his Pacific Ocean mission to view the effects of climate change.

Concluding a week-long visit to the South Pacific, United Nations Secretary-General António Guterres called on the world’s decision-makers to make “enlightened” choices on climate action because “the whole planet” is at stake.

“Over the past week, I have witnessed first-hand the impacts of climate change in the Pacific Island States”, the UN chief said in a statement concluding his visit to the region. “They contribute very little to the global climate emergency and yet, they are the ones that are being most affected”.  He did not mince words in saying that for some of them, “climate change is now an existential threat”.

Pointing out that entire villages are being relocated, livelihoods destroyed and people becoming sick from climate-related diseases, Mr. Guterres lamented: “The risks are all too real”.

He drew attention to his time in Tuvalu, where he saw “an entire country fighting to preserve its very existence”.

And yet, the UN chief found “remarkable” that the countries facing these enormous challenges, have decided that “they are not giving up” but are instead “determined to find solutions”. 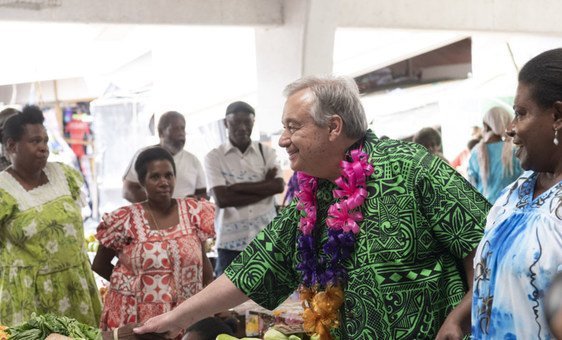 UN Secretary-General António Guterres meets beneficiaries of the “Markets for Change” project supported by UN Women in Vanuatu on 18 May 2019., by Mark Garten

Not only have they developed ways to increase their resilience and adaptation, but according to Mr. Guterres, “they are leading the way in reducing emissions and are an example that the rest of the world should follow”.

In Vanuatu, his final stop in the Pacific, the Secretary-General tweeted that the vulnerable island State was one of “the most disaster-prone countries, made worse by the global climate emergency”. However, he added that he “saw first-hand how the Pacific island nation is facing threats with determined climate action”.

Reiterating the powerful message that he has continued to underscore throughout his visit to the South Pacific, the UN chief stressed that “climate change cannot be stopped by the small island countries alone, it has to be stopped by the rest of the world” and that this requires the political will for “transformational policies in energy, mobility, industry and agriculture”.

Mr. Guterres echoed the “three urgent messages” to world leaders that he had “consistently conveyed” throughout his visit to the Pacific, beginning with shifting taxes from salaries to carbon. “We need to tax pollution, not people,” he reiterated.

Second, he flagged that countries must stop subsidizing fossil fuels.

“Taxpayer money should not be used to boost hurricanes, spread drought and heatwaves, melt glaciers and bleach corals”, he asserted.
And third, he argued against building new coal plants by 2020, saying “we need a green economy not a grey economy”.

Mr. Guterres said that solidarity or generosity is not being sought, “it is enlightened self-interest from all decision-makers around the world” that is needed “because it’s not only of the Pacific that is at stake, it’s the whole planet”.

“To save the Pacific is to save the whole planet”, concluded the Secretary-General.